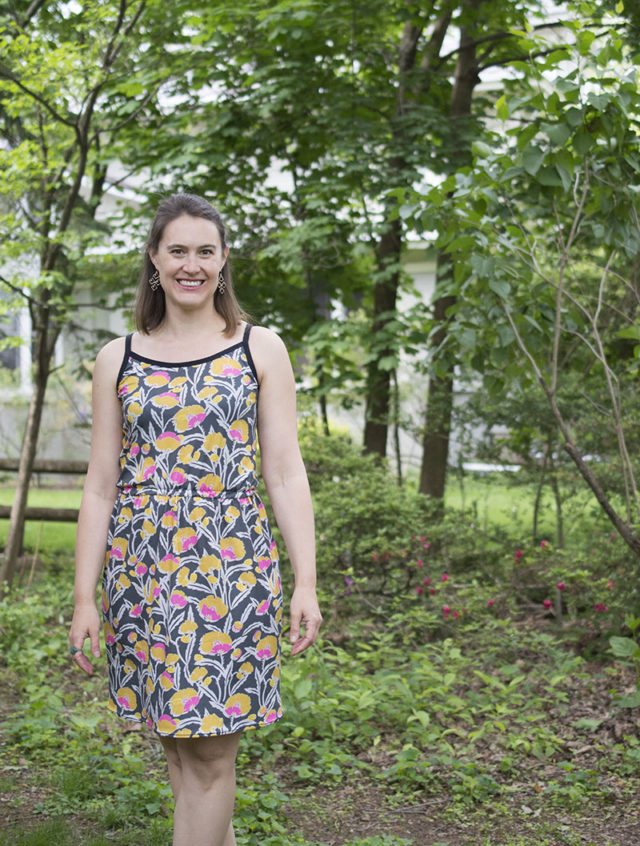 Technically, Celina Bailey’s lovely effort, Project Sew It, involves one sewing project a month but I checked with the sewing goddesses and they have allowed me a little pass for missing March.  In that way, this Adelia Dress counts for both my May and April sewing.  But friends, I do not call lightly on the sewing goddesses, it’s just that this dress deserves it.  I am really excited about it because I drafted the pattern myself.  It is based off a simple summer dress I bought at Target years ago.

I am always sewing, of course, and far more than one item a month.  But I wanted the Project Sew It challenge to be a chance to stretch my skills. Just like with making a jacket, replicating an existing dress isn’t something that I’ve ever done, despite all the darn sewing I do.

I can’t even tell you how much it vexed me that it was such a challenge to replicate a super simple Target dress.  Ah, fast-fashion! You really have managed to find millions of ways to get under my skin. Of course, it does always seems to be this way: moving a simple idea from my brain into the realm of the real world is never as easy as it should be.

My first attempt was pretty dismal, I just don’t seem to be able to successfully trace a garment and turn it into a pattern on first try.  So, I kept tweaking it and remaking it. Luckily, I bought a set of knit jersey sheets at the thrift store for just this purpose. No good fabric was wasted on failed attempts.  I saved the good fabric for the final version. 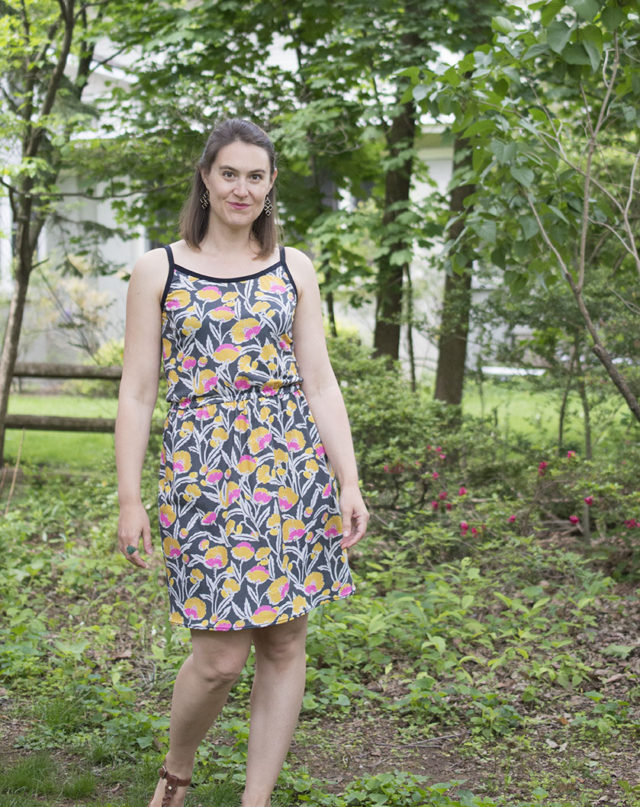 And this really is the good fabric. I got this crazy, hot pink and mustard flower print from Spoonflower.  It is from the designer Holli Zollinger, one of my favorites and a big Spoonflower success.  This print is from her Zebrini line, every print in that line is funky, bold colors and edgy designs. I love it.  I had this design printed on the modern jersey fabric, the same as with these pjs for the boys. I used a small smidgen of this print on this Zinnia Jacket but this dress is its true debut.

It’s a sweet, simple wearable dress but I’m still not 100% thrilled with the fit. Ack!! I’m aware that I’m far more nit-picky about the fit of things I have made but because I worked so hard on it, I want it to be just right!  My nit picks are the following: the dress is a little too tight in the back and I wish it were blousier at the waist. 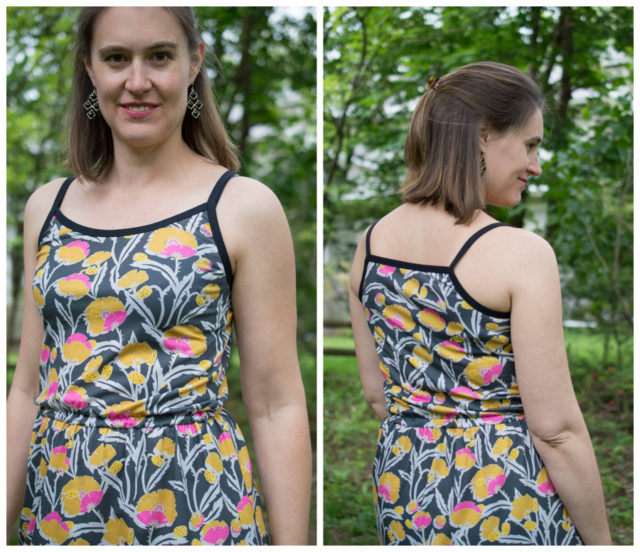 I think I could lengthen the torso for a blousier look and just take out the sides a little to fix the fit. They are not big changes.  I will mostly likely make another dress like this anyway. I could live in this kind of dress all summer. In a different print–maybe some stripes(?), it’s so basic that it could be really versatile. Yippee for copycats! I’m so glad I persisted in the whole brain-to-reality battle.

As it is, this one turned out a wee bit dressier looking.  I like it and it will gets lot of wear but I”m more and more on the hunt for everyday wear as I meander my way through Me Made May.  Once I am in the habit of wearing handmade every day it becomes clear that casual wear makes up most of what I wear. I need these versatile dresses and ‘throw it on’ outfits.  I suppose that is another vote for a version in stripes. 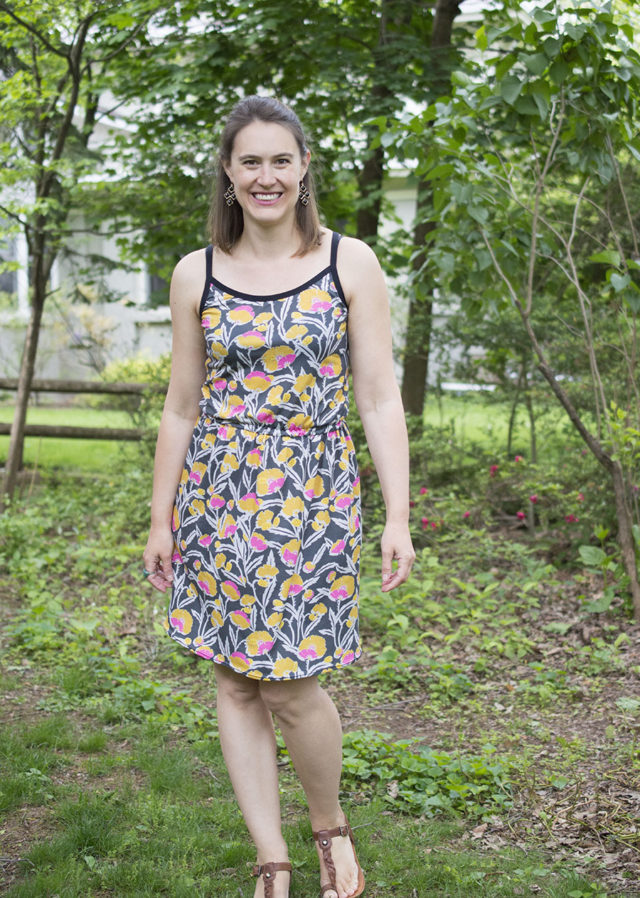 Oh, I nearly forgot.  The name! Why is it called The Adelia Dress, you ask? Well, I had a lovely friend in college named Adelia.  She was enigmatic and beautiful and kind and we lost track of each other over the years. But, I’ve been thinking a lot lately about friendships and particularly friendships with women over the years and how lucky I am to have so many supportive friendships with awesome, awesome women.  And how I draw on that awesomeness even years later after we lose touch. This dress just seemed a good fit for my whimsical, creative, dreamer friend Adelia. So it became the Adelia Dress.  It seems extra fitting that I finished in May, doesn’t it? With Me Made May and all? It was meant to be late, perhaps.