It is creeping near the end of the first full week of January already because that is how it works.  Life just keep swirling on, no matter the date or how much of your to-do list is complete.  As late as it is, I wanted to make sure to jot down a few thoughts on 2014 because looking back always anchors me a little bit.  It stops time for moments just long enough to check that, indeed, the ship is on course. 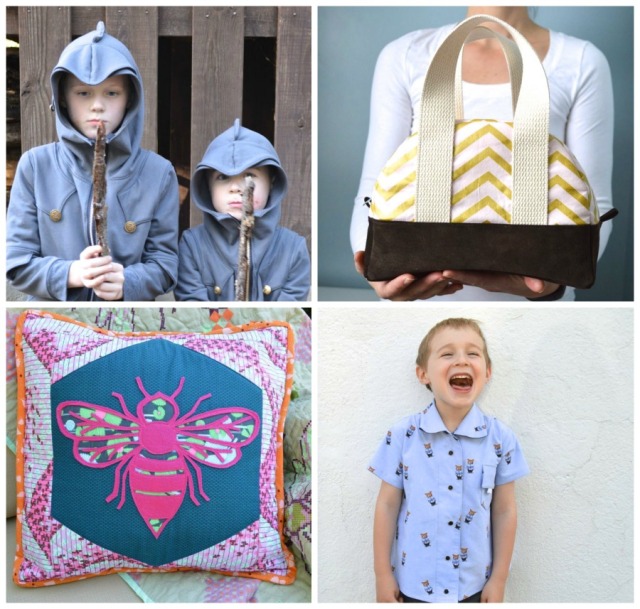 At the beginning of this year, I tasked myself with finding courage.  It was, indeed, my ‘word’ for the year. It was a really busy one for this venture of mine.  It’s safe to say, there was a good dose of courage involved in how wide the wings spread.  More than anything, this year was expansive.

2014 was full of new friends and beautiful new connections.  I am so proud to have partnered with Michael Miller fabrics, Sew Mama Sew, Skip to my Lou, Crafterhours and Cloud9 Fabrics.  I had guest posts in light-filled and beautiful places such as Abby Glassengerg design, family + footprints, and small + friendly and was able to be a part of Betz White’s Present Perfect book release. But, who am I kidding.  If this year was full of anything, it was full of clothes.  Clothes for me, more specifically.  In total, I made myself forty-four items of clothing.  Ah, I know.  That sounds kinda crazy.  I also made twenty-three new things for the boys and five additional kid outfits not for my kids.  And, I realized how much courage it takes to make your own clothes.  Make things and then wear them OUT.  In the real world not just for you, here on the blog.  As we say in Minnesota, Uff Da!

It helped that I participated in so many fun ventures including Perfect Pattern Parcel (four times!),  Selfish Sewing Week, Shorts on the Line, Sew Fab Pattern Sale, and the Make It Perfect pattern tour.  Having so many fun patterns to work with made it easier to muster up the courage to wear the handmades. Participating in Me Made May was so eye-opening and really shaped the rest of the year.  And, of course, Kid’s Clothes Week is always inspiring.

I hope some of my enthusiasm rubbed off.  I tried to keep up with tutorial making to keep the inspiration flowing: 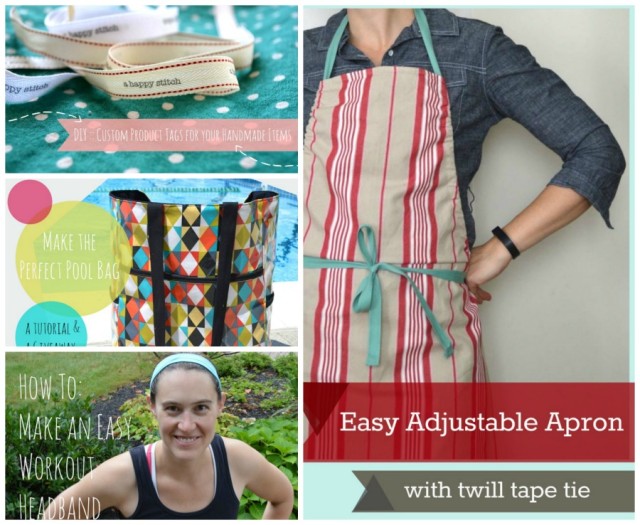 The most popular tutorials of mine were the following: how to make custom labels, the easy adjustable apron, the perfect pool bag, and the easy workout headband.

I also taught twenty classes, which meant teaching for a total of fifty hours most of them at the spectacular Rock Paper Scissors in Montclair, NJ.  I pulled of an exhibit of original printmaking and released a new pattern, both of which I am exceedingly proud of. 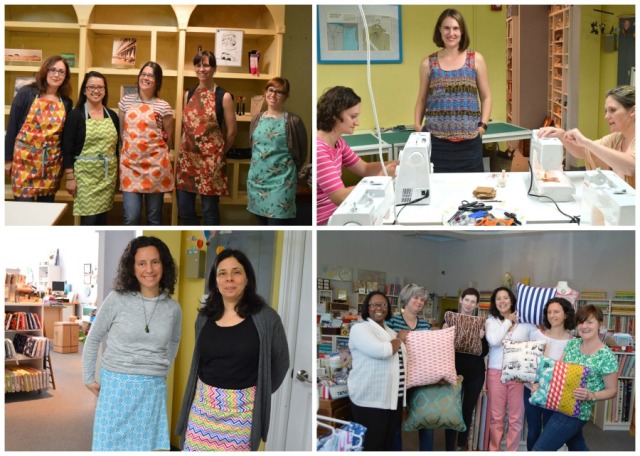 In truth, it was a big and active year.  As for having courage, it worked like this.  I actively thought to myself “courage” for the first few months and then kind of forgot to think back on my word.  Here is the trick, though, the ball was already rolling.  Some of it had become habit and it got easier to do the things that take courage for me.  To try out a crazy dress pattern, say yes to a opportunity or pitch a new class idea.  I got to roll with it and enjoy and fantastic 2014.

The beginning of 2015 has already had some bumps.  For starters, I have a huge basket of unfinished projects that are really driving me nuts.  And, the new changes to EU VAT forced me to shut down my Etsy shop, for a while as I figure out where to sell the patterns I worked so hard to create.  We had sick kids, a broken clothes dryer, lingering health icks and all that regular life stuff that gets in the way of feeling inspired and creative.  All that aside, I truly took time off over the holidays and even stretched it out into the new year a bit.  Doing that left my brain space open for little plans to germinate and grow and soon(?) start budding.  All just in perfect time for a late-blooming burst into 2015!  How was your year? What ground did you cover? Anything lingering into 2015? I want to hear it all!