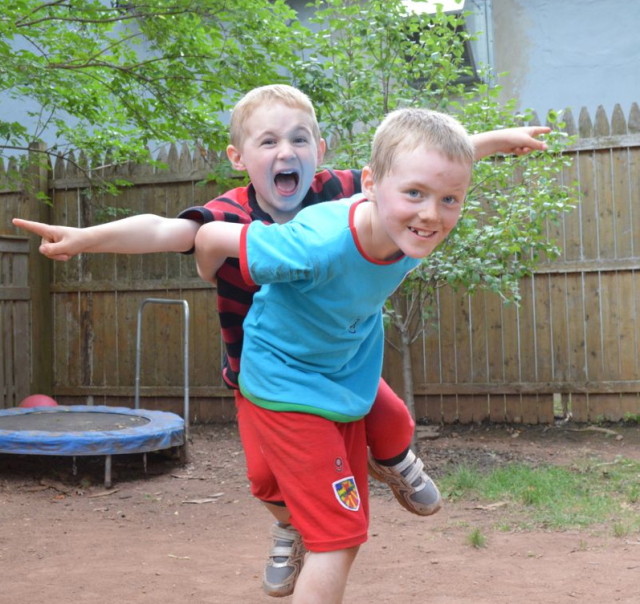 This is my favorite Kid’s Clothes Week project to date. As I mentioned, when I told the boys about the Kid’s Clothes Week theme (kid art) they both got excited to design their own soccer badges.  See, they each have elaborate imaginary worlds that they love to describe in detail.  It was only natural that they would combine their obsessive love of soccer with their imaginary worlds.  They drew so much more than badges, they drew entire soccer outfits. 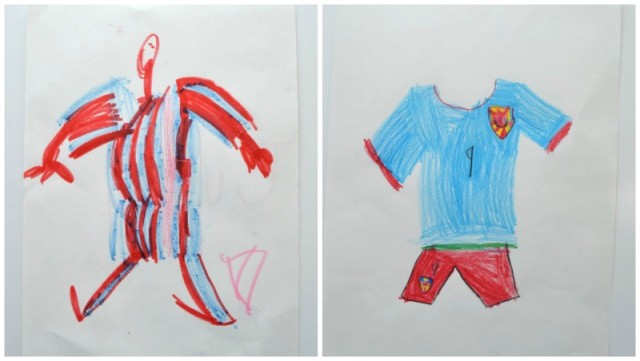 I’ll admit I was a bit flummoxed by how specific these ideas are and I was really concerned I was going to get something wrong and they would be devastated.  After lots of deliberation, I had THEM draw the actual badges and it worked great.  I gave them multi-colored Sharpies and white fabric and they drew the badges.  It saved me from trying to figure out how to make the badges exactly they way they want them and it got them involved and excited.  A part of the whole project. 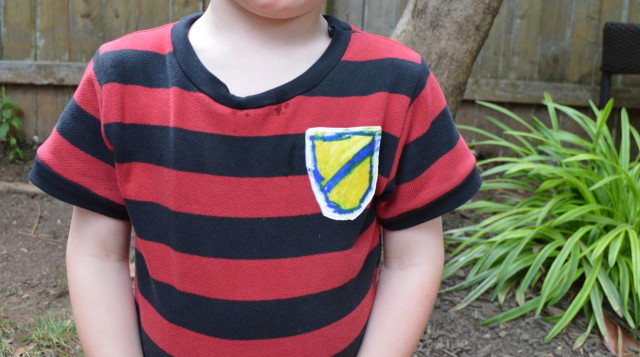 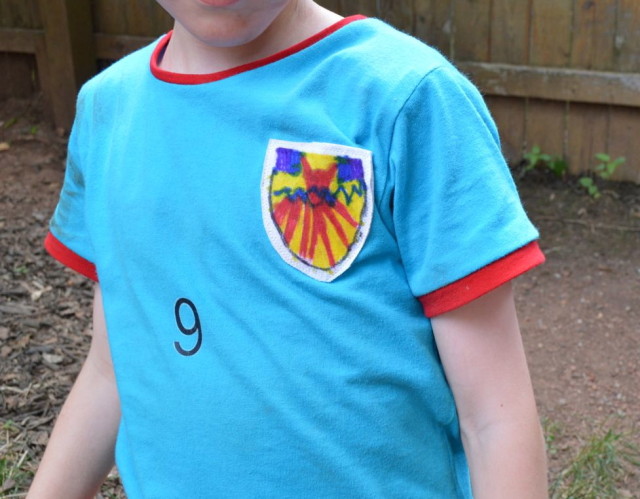 I gathered all of the fabric at our local Goodwill by purchasing lots of huge t-shirts in each color.  I had a hard time, however, finding the right stripes for little J’s stripy outfit but he was fine with the red/black stripes I did find.  He’s a flexible one, that kid. They also wanted names on the back of the shirts, which I applied using an iron-on transfer.  It was an iron-on from Target and it started to degrade & crack as soon as they put the shirts on.  Super big bummer.  Thankfully, I am the only one who is bothered by it. I usually use an Avery brand iron-on but I was being cheap.  Learned my lesson. 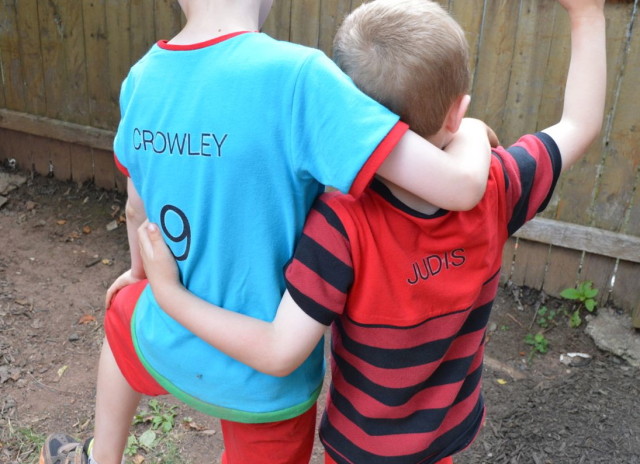 The boys are literally wild about their outfits and needed to play soccer IMMEDIATELY when I finished sewing.  They were actually pacing outside of my sewing room, waiting for me to finish.  I felt both like a sewing rock star and a sweatshop worker with a demanding boss.  I didn’t even have time to take a photo before THE BIG IMPORTANT GAME, as you can tell by their dusty, sweaty faces.

Oh, I almost forgot to tell you about the patterns!  They are the same as with the matching pajamas except I tweaked my random shorts pattern to fit little J better.  Otherwise, the t-shirt for C is self-drafted to fit him and J’s tee is modified from the crossover tee in Growing Up Sew Liberated. Did you make anything for your kids this week? I’m so happy to have made everything on my list.  Now back to regularly-scheduled making for me!