As you probably saw, Adrianna from Hey June Handmade released a new pattern called The Amherst Shirt last week.  I was lucky enough to be able to pattern test for her. I love supporting the indie sewing pattern world as much as possible and Hey June patterns usually fit me pretty spot on so the pattern testing process is pretty fun (and relatively painless).

The Amherst Shirt was no exception. 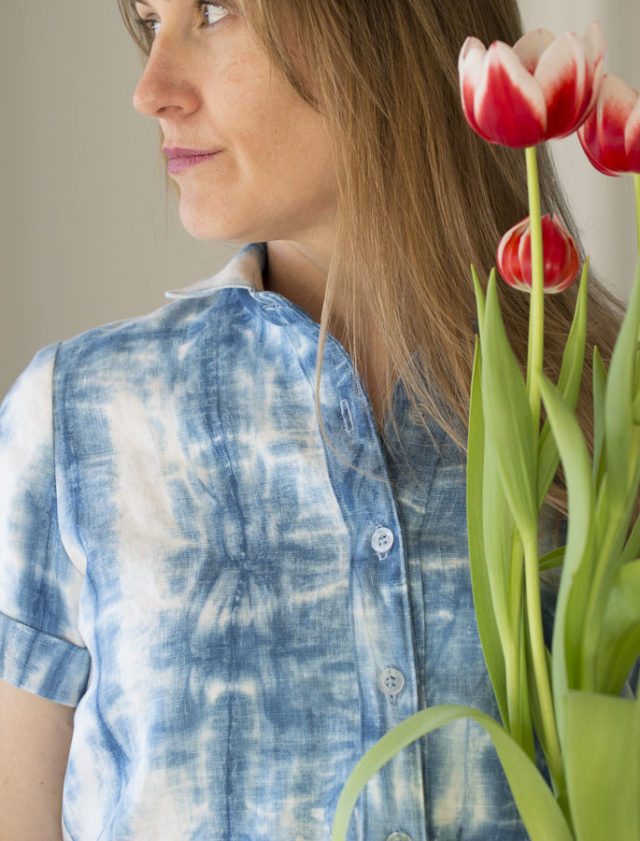 It’s considered an intermediate level pattern because of the buttons and buttonholes, I would suspect.  Honestly, though, once I conquered my automatic buttonhole those previously fussy techniques really don’t seem that challenging! 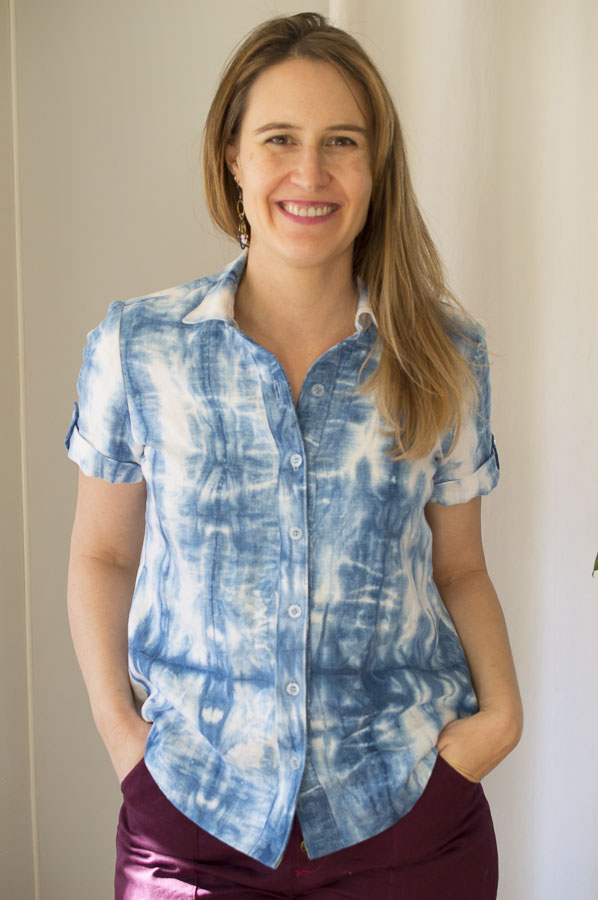 Be sure to take a look at the whole tester post for the Amherst Shirt over at Hey June, it’s incredibly inspirational. People made really beautiful tops including a few in Liberty of London fabric (bold, bold testers!) and they all look amazing. 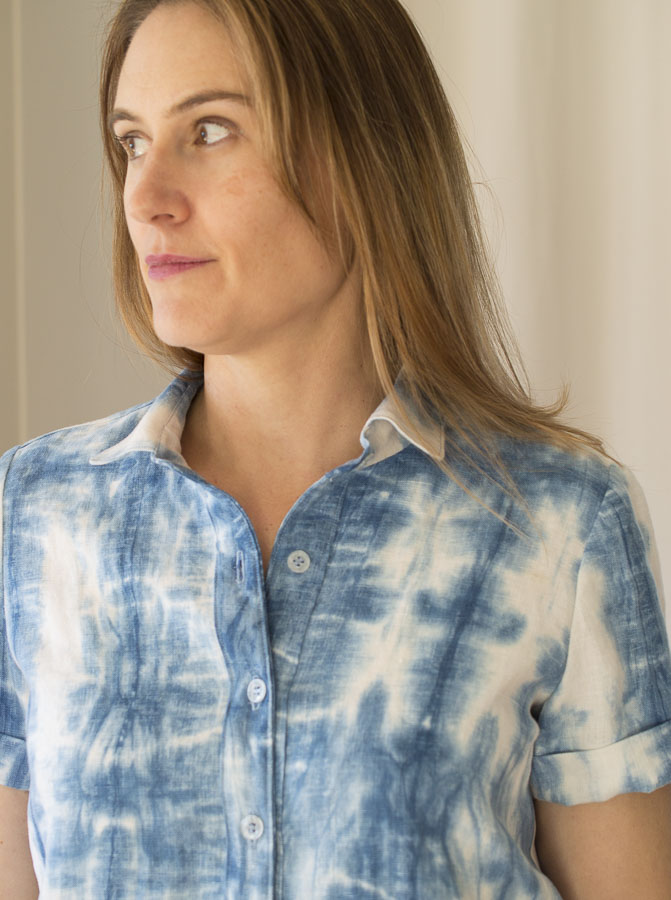 I made a muslin version in orange lightweight Indian cotton that I got from a FabScrap trip, pictured below.

If you aren’t already familiar with FabScrap they are awesome.  FabScrap accepts fabric from designers in the garment district in New York and resells them to the general public.  It’s mostly pre-consumer waste meaning it might be waste or leftover fabric from a fashion house that would have previous gone straight to the landfill. It isn’t fabric that has circulated within the economy or gone to a consumer at any point. What I’m saying is, it’s totally NEW, UN-USED fabric that would be tossed. Insane!

Instead, Fab Scrap saves it, collects it, sorts it and resells it through their Manhattan store front.  The name makes it sound like it’s ‘scraps’ but it’s actually literal tons of fabric. I bought twenty yards in just one trip to their store.  The magnitude of the fabric waste problem is HUGE!

I’m off track. Back to my Amherst! I really liked the fit “out of the box” so I went ahead and cut into some precious indigo-dyed linen. 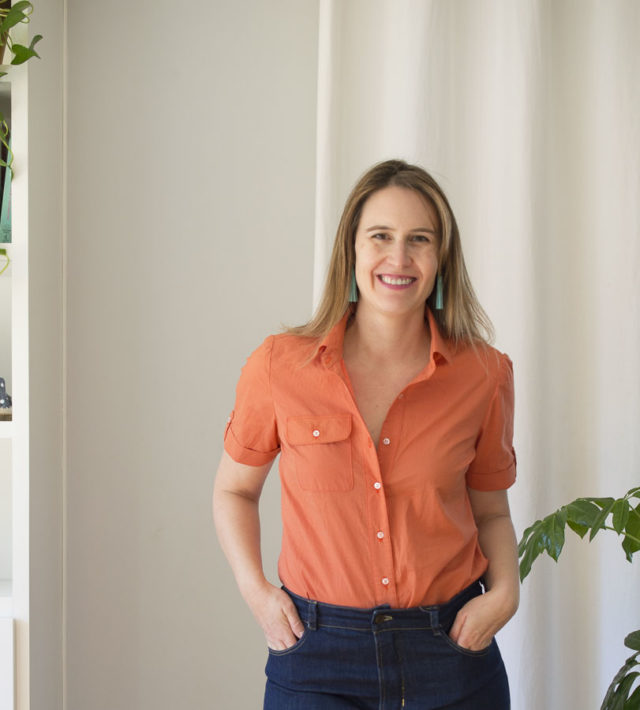 The indigo-dyed fabric is also scrap fabric of a sort. It was dyed by my talented and amazing friend Anna Joyce for a pair of espadrilles (hint! hint!) and I had JUST ENOUGH left over to eek out this shirt. Thanks Anna!

I did have to shorten the sleeves a bit to have enough fabric but it worked out! I like how it looks actually. 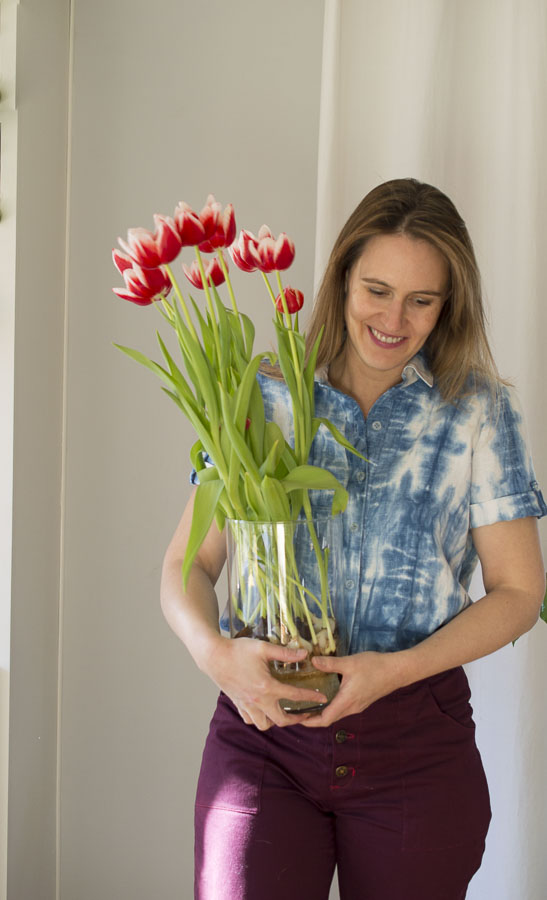 Speaking of sleeves, the sleeve cuff is cut as part of the whole sleeve making it much easier to create a beautiful folded cuff than I expected it to be! 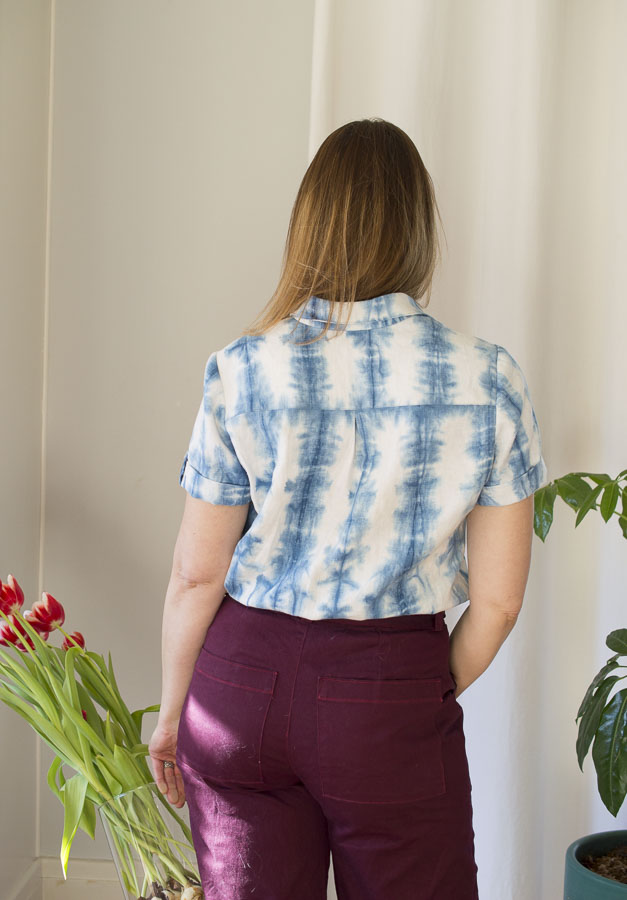 The back doesn’t perfectly line up the indigo stripes (mostly because of the pleat in the middle of the back) but I’m totally ok with it. Especially because I know that I only left a small pile of scraps behind after making this sucker! It was a game of Tetris to cut everything out! (Pats self on back). 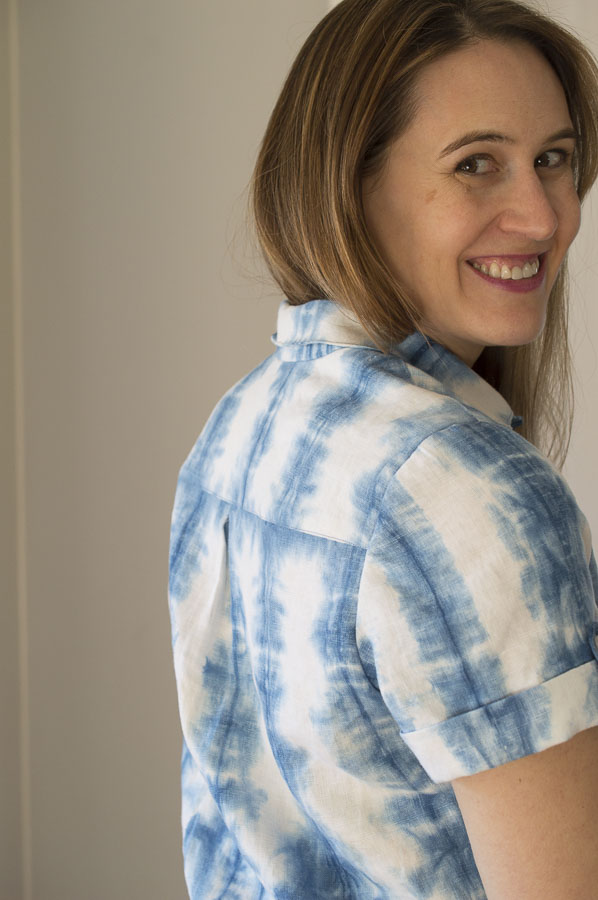 I’m looking forward to having an indigo-dyed Amherst Top in my closet. It’s still casual so it will fit with my mostly low-key clothes but it’s got a bit of a more structured look so it just slightly dresses things up. Yay for another great Hey June pattern! 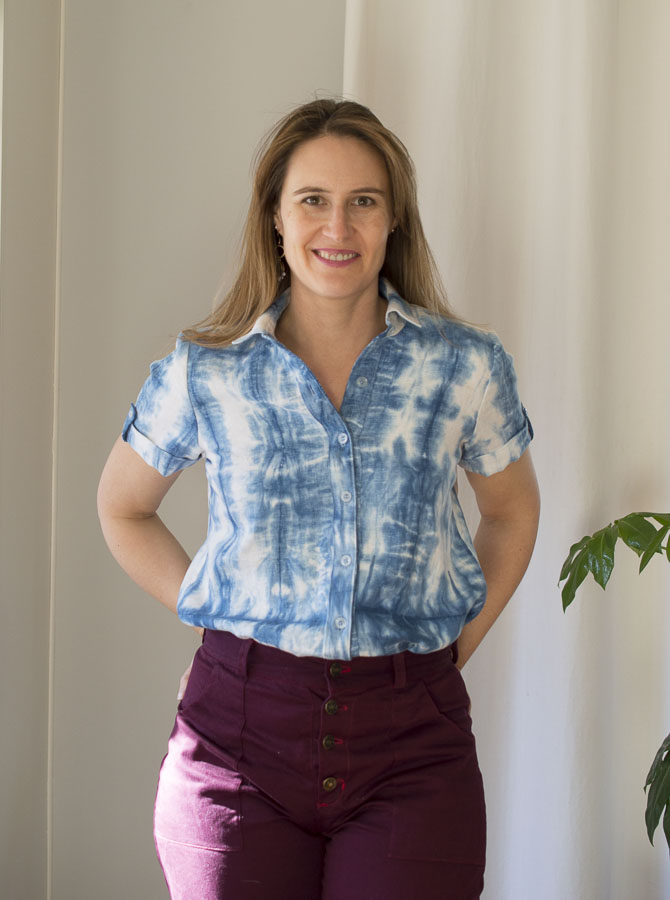 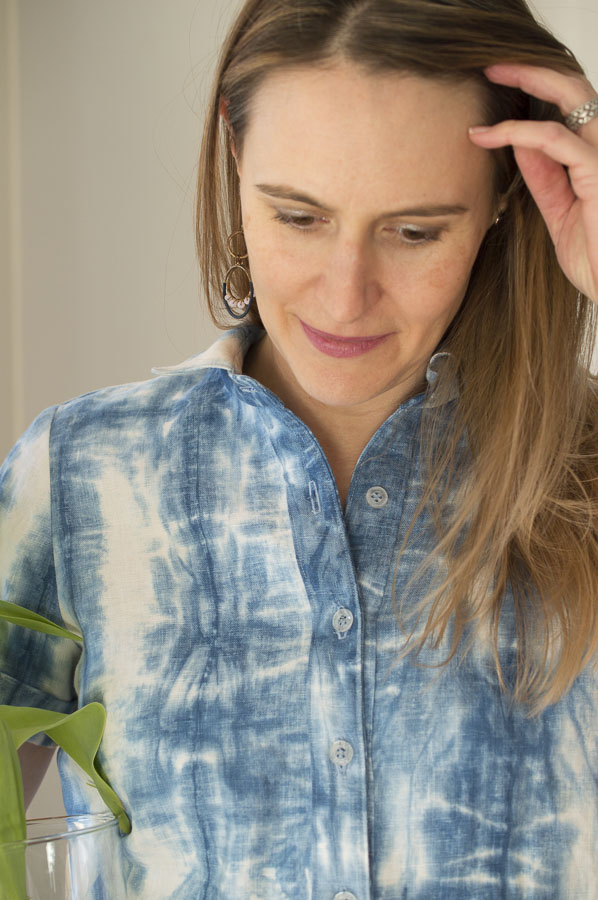