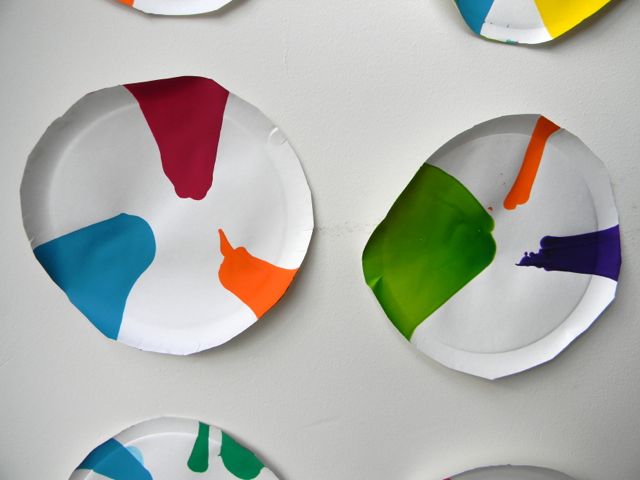 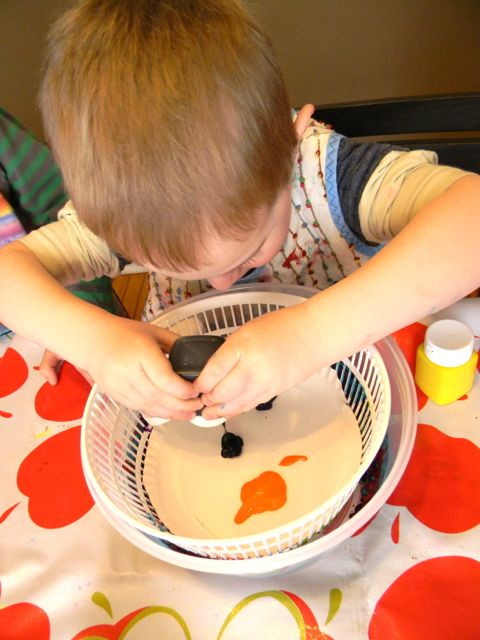 the project is really simple: pour globs of paint on a paper plate (cut to fit) inside a salad spinner. put on the lid and spin! I actually picked up an extra salad spinner at Ikea a while back, thinking it would be useful for art projects.  I wouldn’t use a salad spinner that is also used for food, it’s pretty tricky to really, truly clean the spinner afterwards. 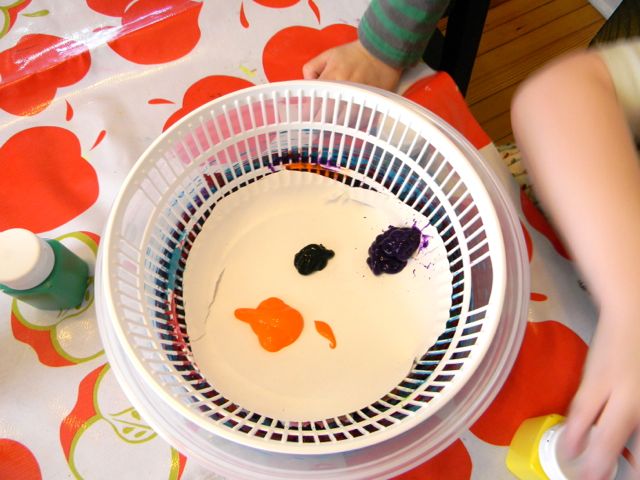 technically, spin art would have a hole in the lid and the paint would pour in while the spinning was happening.  but, by simplifying the process the young kids had a little more fun because the whole project was broken down in simple steps they could easily master. and, nothing beats being allowed (even encouraged) to really pour our big old globs of paint! 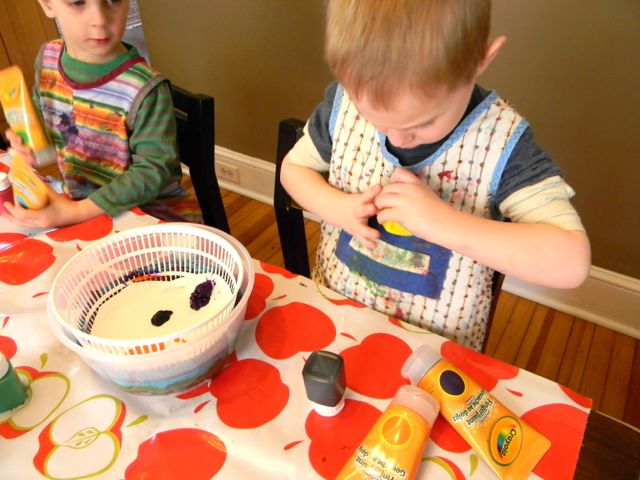 plus, they really went wild with the spinning part.  it was definitely what made this project such a hit.  I didn’t get a good picture but their little angelic faces would scrunch up, teeth would grit and they spun that sucker!  I found myself chanting “spin! spin! spin!” until I realized I might be subtly preparing them for binge drinking later in life….so I stopped. 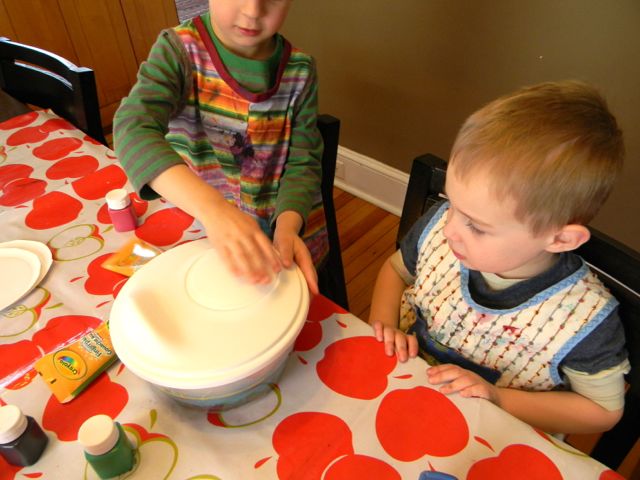 the results were really beautiful.  we taped them up on the wall of their playroom, like decorative plates. 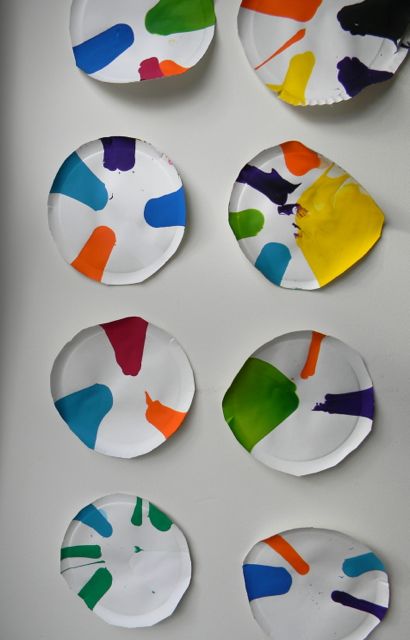 unrelated: did you sign up for the covert robin?  sign up is done and you will soon hear back about who your partner is.