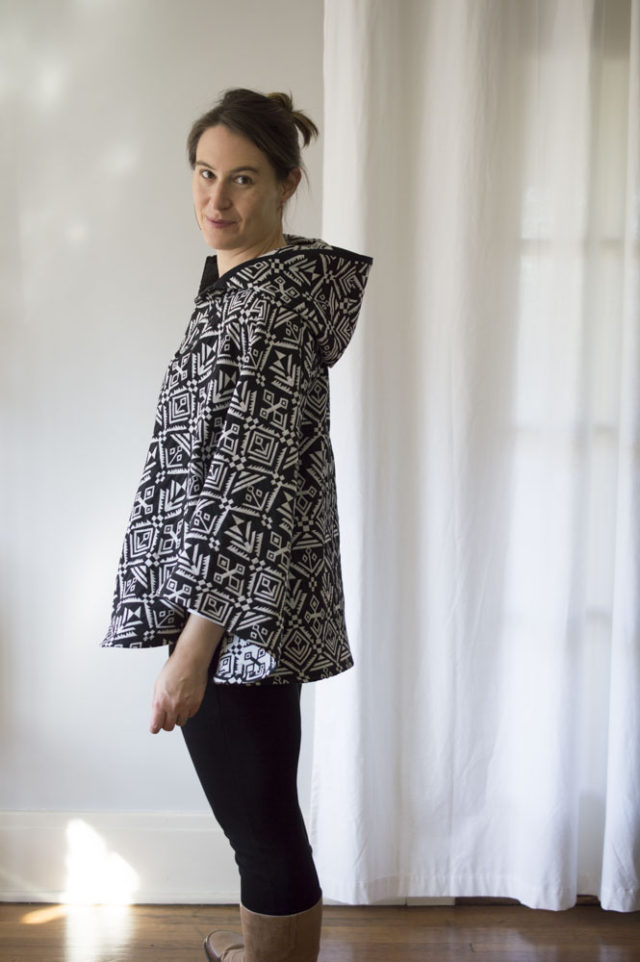 What a strange time to be a maker. As so many of us are, I’m devastated by current events. The world feels threatening and unsettled and there are about eleventy billion people my heart is trying to scramble around to embrace, protect, shield. But, even as my emotions scramble, everything keeps shifting beneath my feet and I’m exhausted just trying to keep up with my Facebook feed. I’ve come back dozens of times to realize that what re-energizes and restores me is making things.  My time behind the sewing machine is where I can construct something real and solid and certain. I’ve long joked that sewing is my therapy and that has officially stopped being a joke. The process feels vital and at the same time the results feel frivolous. It’s an odd juxtaposition.  I guess this is a long way of saying that I made a boho-style cape and it’s not going to save the world but it got me through a tough time. Ha! 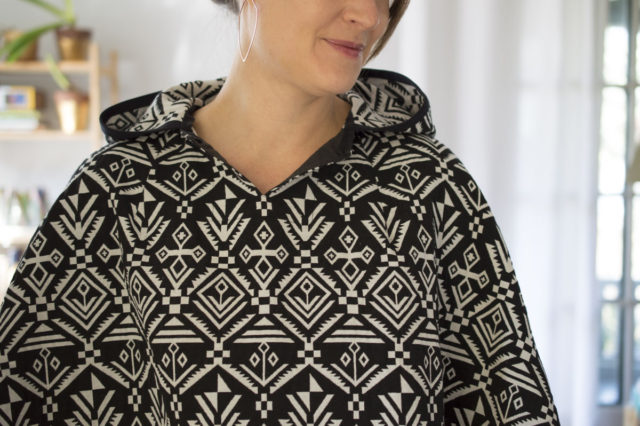 So the not-saving-the-world cape, it’s is a tweak of the New York Cape pattern from Tessuti patterns. Actually, I altered the pattern a lot, it’s really a revamping. Let’s start with the hem, I opened up the bottom, removing buttons from under the wrist, and reshaped the hem to a  more circular shape. I also removed the front button placket and instead made it a pullover style. Then, once I realized that it wouldn’t fit over my head I added a front slit which I ended up really liking.  Ah, experimentation. So fun. So cathartic. The fabric is REVERSIBLE, I found it on Etsy at a shop called Lost Property. It worked perfectly to have reversible fabric for this cape since parts of it peek out.

I love the print, it’s got a bit of bohemian spirit while staying very wearable. It was a bear to work with, however.  It’s a jacquard so the fabric wanted to unravel and fly free everywhere. I decided to put in flat-felled seams on the hood and french seams everywhere else. I felt like running a victory lap after successfully pulling off these enclosed seams. That’s the kind of sewing that clears the mind mostly because my brain couldn’t wander off. 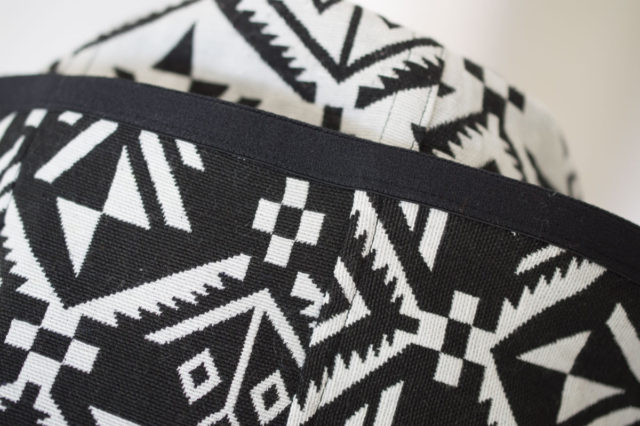 Here is the original pattern, made in a lovely lightweight wool. I even adjusted this version. I lined everything rather than finishing it with a bias tape. 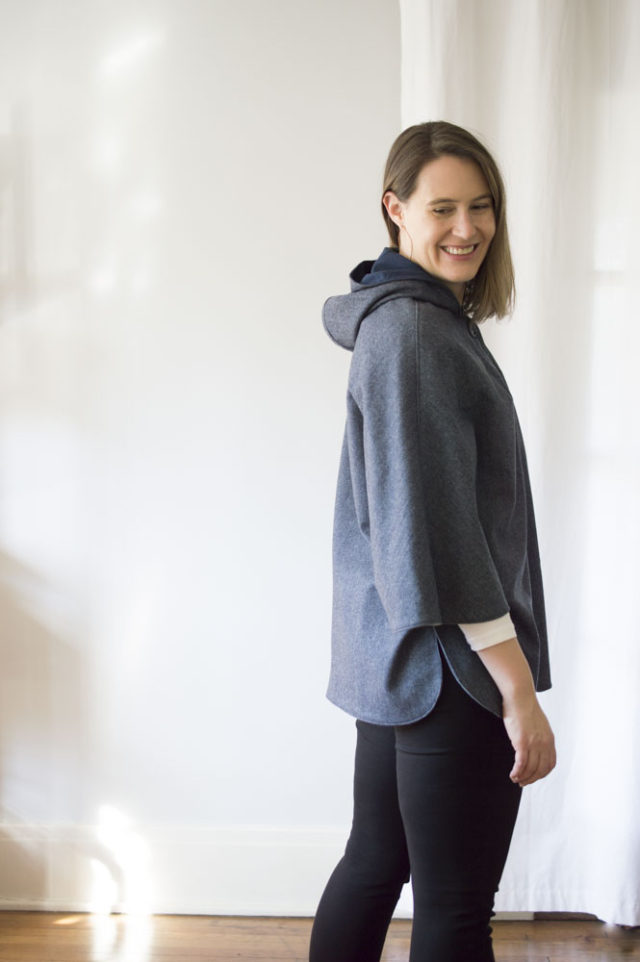 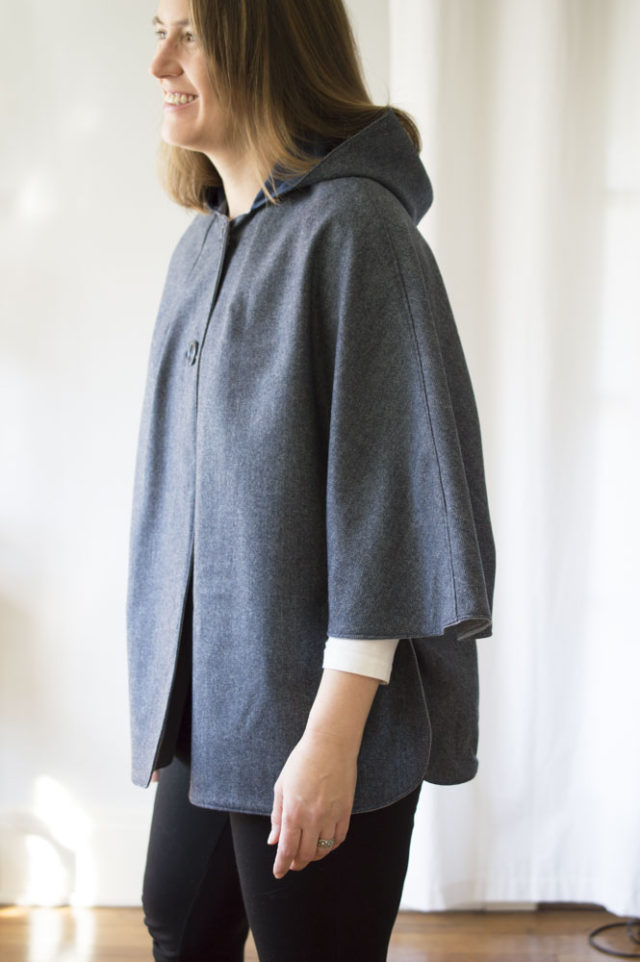 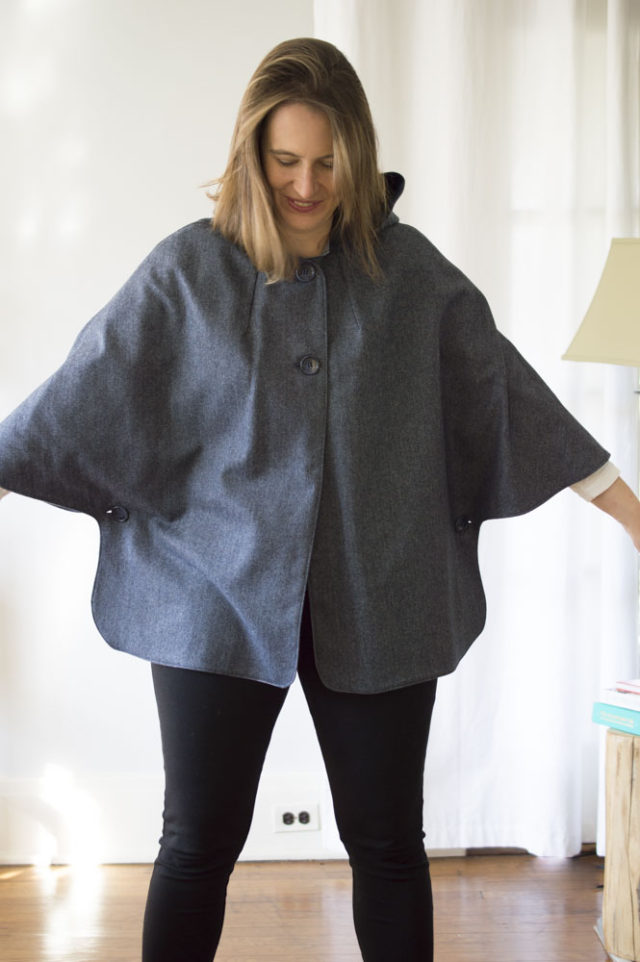 I just don’t like the shape of this cape. In it’s original form, it didn’t have great flow and got kind of stuck on my body as I moved around. It’s really warm but the buttons and the shape looks really Sherlock Holmes-y. 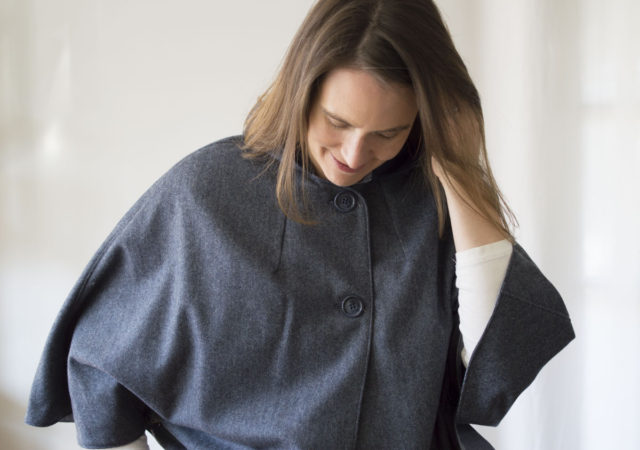 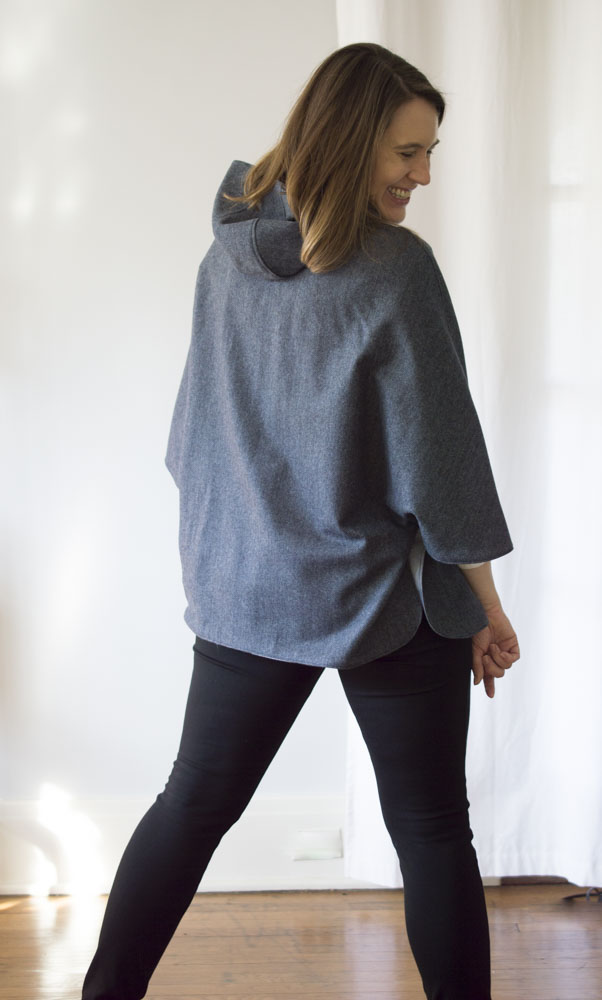 I’m thrilled, however, with the adjusted boho-style cape and am going to enjoy wearing it around. It was satisfying to alter the pattern and end up with a result I’m happy with. 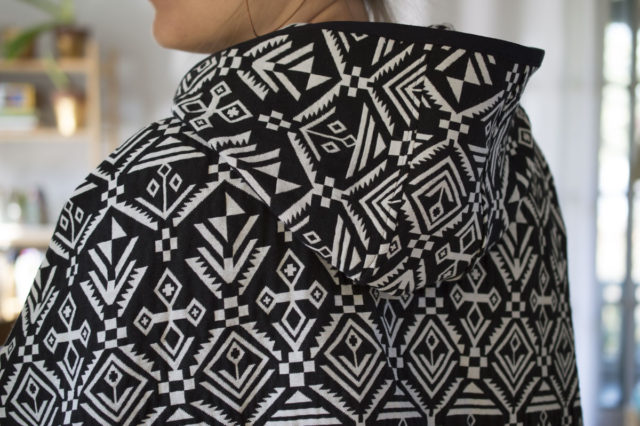 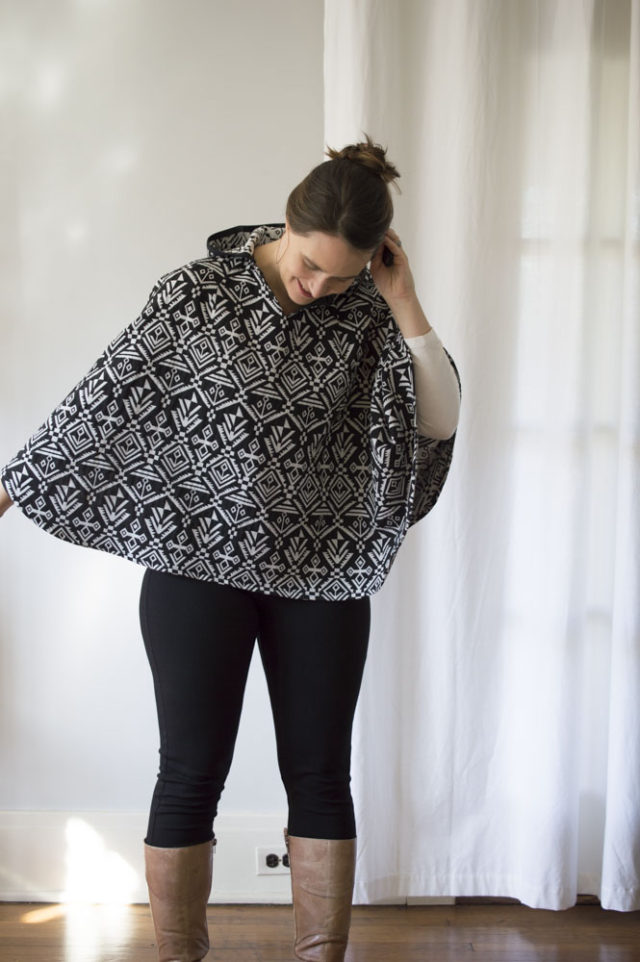 Oh! I nearly forgot to mention. Remember Project Sew It from last year? Well, Celina from Petit a Petit and Family is changing it up a little this year. Latching on to the idea of a monthly garment sewing project, she is outlining an item per month.  January is sweaters so my cape is going to count as my January project. Check out the Facebook group for the details. February is blouse month.  Got any ideas for good blouses? I’m considering the Biscayne or another Cheyenne. I always find Celina’s style so inspiring and love the idea of a group motivation.  2017 might be crumbling out in the real world but I’m going to do my best to sew together my own sanity. There is healing in beauty. Join me?