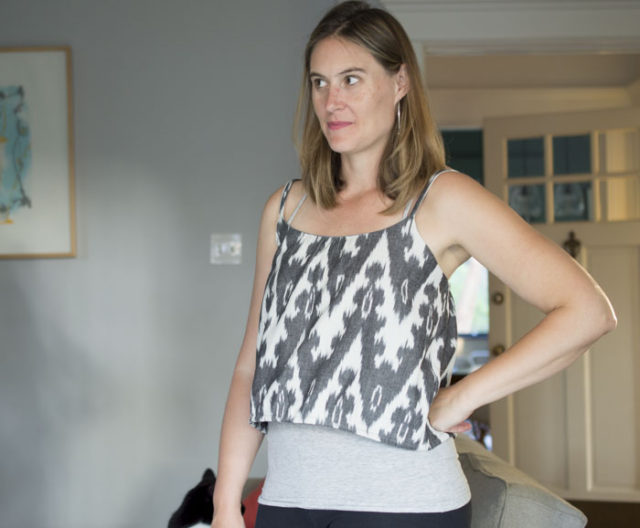 Remember the accidental skirt? The one that was the bottom half of a hacked Sanibel dress? Well, what remained of the top half was calling to me and frankly, would not shut up.  My close and tearful assessment of the top was that it had three main complications, a) it was voluminous at the hem, b) I had made a lining that was a bit smaller than the outer portion so it didn’t lay straight, and c) it was too short.  You know, I’ll just come out and say it: the top is CROPPED and VOLUMINOUS.  I mean, what the what? Who am I? Is this Hot Topic?

I wanted to give up on this top and I put it on the dress form in the studio because I didn’t know what else to do.  It looked really pretty up there and kept inviting me to try get back together. I blame it on the neckline. I reached out to Instagram, as you do, and got lots of fantastic ideas (sewists are really the best people). Lots of people suggested adding a band to the bottom, Jess (coralbunnyandlo) even suggested adding a wide lace band for a boho look, which I thought was brilliant. And I tried. I really tried to make something like that work.  But, you know what? It wasn’t working.  I had the darn ‘too small lining’ thing going on and it kept making puckers. 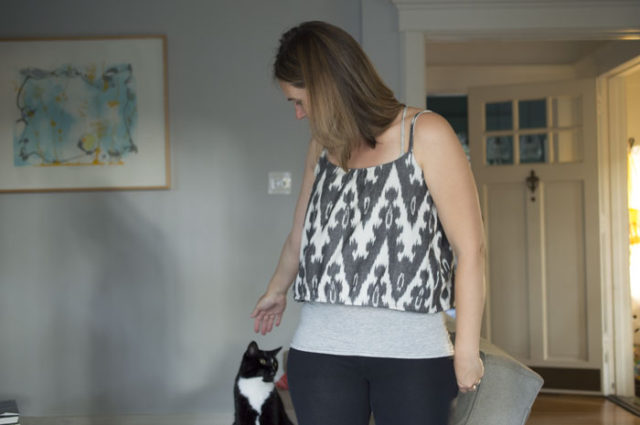 So, I decided to keep it cropped. Gasp! I know! I don’t really buy into the rhetoric about what people can wear at different ages but I still did a little “Woah. I’m a 41 year old woman in a cropped tank top?”. I just couldn’t say no to that neckline and couldn’t stomach trashing such beautiful fabric.  Again, Instagram is to blame because my friend Anne (splendidjunkvintage) suggested the layered look and I trusted her judgement. Except I was too lazy to actually stitch in a layer and just decided wearing a tank top underneath is good enough.  Honestly, I think I can wear this? (Can you hear that note of doubt from where you are sitting?) Especially with a little jacket or a mustard cardigan or something. Right? Right. 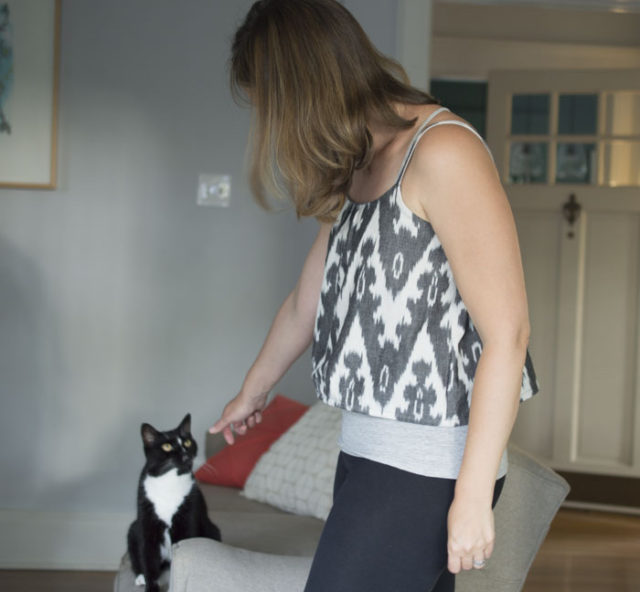 As for the details: The pattern is basically self-drafted with this Sanibel Jumper hack as my sloper. I reworked the top to eliminate the button-up and added the (dreaded) lining and extra (dreaded) volume (all the mistakes). The tank has no exposed fabric with all french seams inside. The fabric is from Michael Levine, which has a stunning selection of woven ikat fabric, all of which I covet.

For the record, this is my ‘me with confidence’ look. 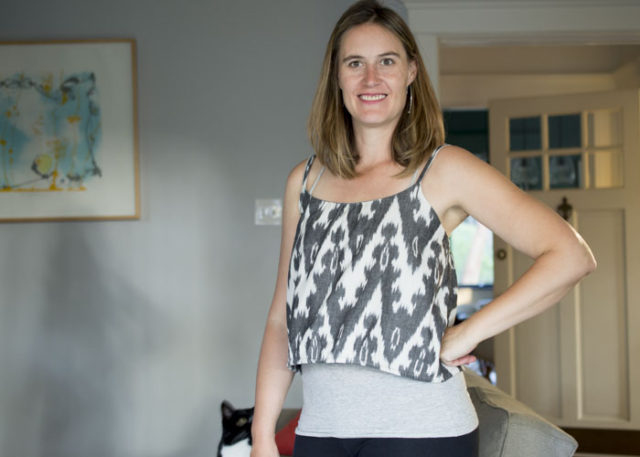 By the way, don’t you love the cat’s little cameo?!  She is the sweetest, quietest, most gentle, shy cat ever.  She has the most clever techniques for hiding herself when more than three people are at the house, and that includes the boys.  We’ve had friends for years, who see the cat and are stunned to find out we have a pet.  As soon as it’s quiet, you see her slink out and back to her spot on the porch or on my side of the bed. She would not leave me alone while I was taking these pictures. She is pretty much perfect. She seems to be ok with the top and that might be all the approval I need. 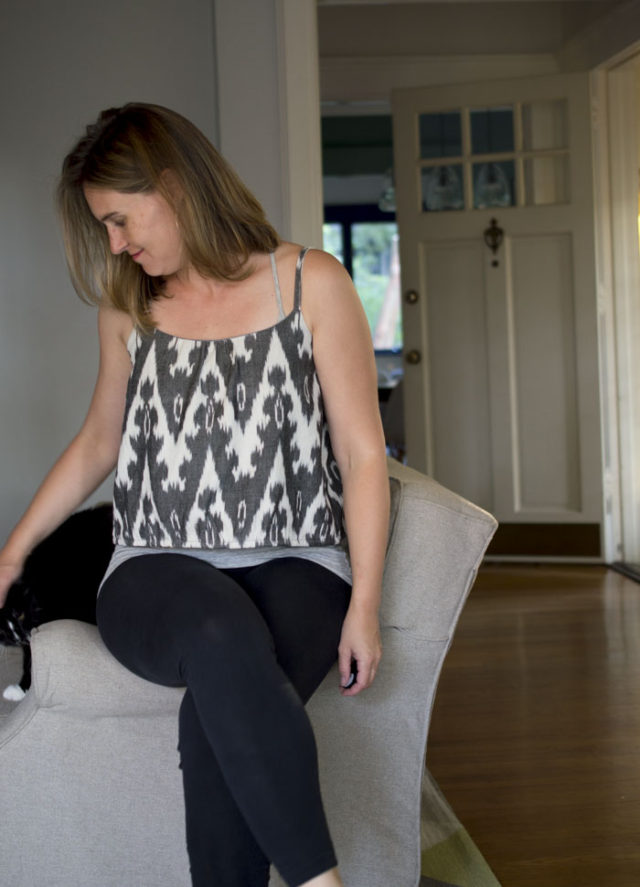