There is something new hanging on the clothesline and it’s for dudes….boxers!  It has been a long time since I stitched something for my husband, K.  In fact, his handmade pajama pants are so well-worn they are nearly thread-bare at the waistband.  I just don’t sew for him very much and to be honest, I find it hard to sew for dudes.  What would I make? He wears t-shirts and neutral colored shorts for the most part. Not that exciting. If I could knit, I think I would have more options but as it is, I am limited.  So, when Betz White asked me if I wanted to play with her new fabric line, Dutch Treat, I decided it was time to make something for K.  Thankfully, I took one look at her charcoal and yellow print and saw boxer shorts written all over them.  Hence, the cheeky name Dutch Treat Boxer Shorts!  I made it my Project Sew It challenge for June to create a boxer shorts pattern that fits him. 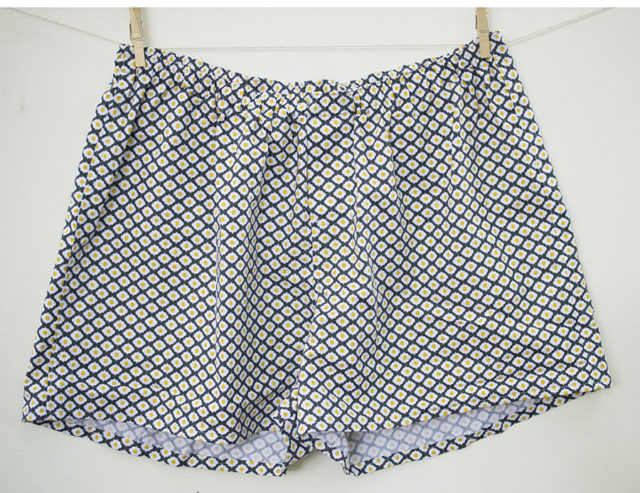 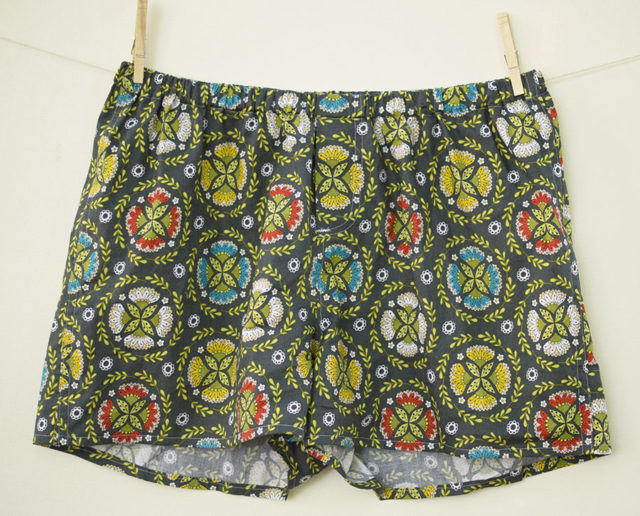 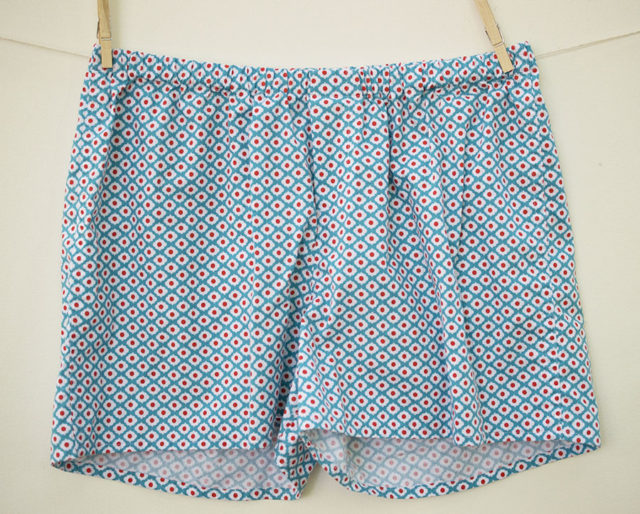 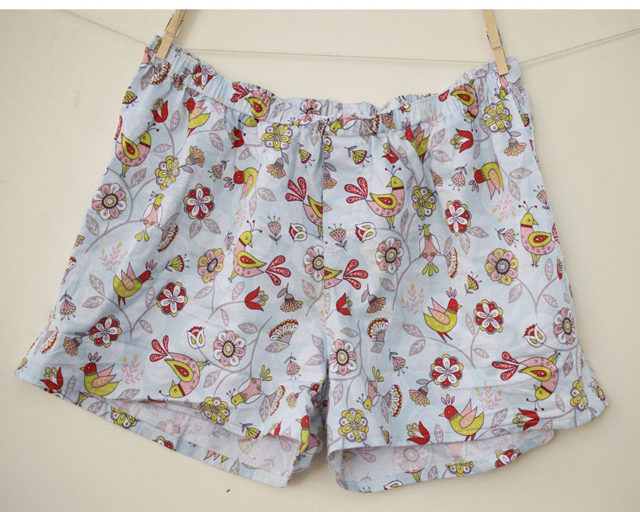 I ended up making four pair, mixing and matching from all three of the Dutch Treat color ways.  I know, you were probably hoping for some pictures with a juicy hot man wearing these but K has (wisely perhaps?) refused to be a model.  In fact, his exact words upon receiving these boxers, they were a Father’s Day gift:  “Does this mean you will need a model? I’m not doing it.”  Ha!! He has been wearing them almost constantly, though.  And, he looks adorable in them.  Trust me.

The fabric is just really cute and very soft.  I love that boxer shorts allowed me to use more feminine prints.  Anything goes with boxers!  This leads me to a serious observation about men’s clothing. Ok, a few observations. First, dudes don’t really have many options for fun prints or playful fabric! Not many men can pull off a bold printed button-down top unless they are visiting or live in Florida/ Brooklyn.  Or, they are a part of this incredible couple who dressed alike for 33 years (say what?!). Boxer shorts are one of the few areas where men’s clothing gets fun, playful and interesting. 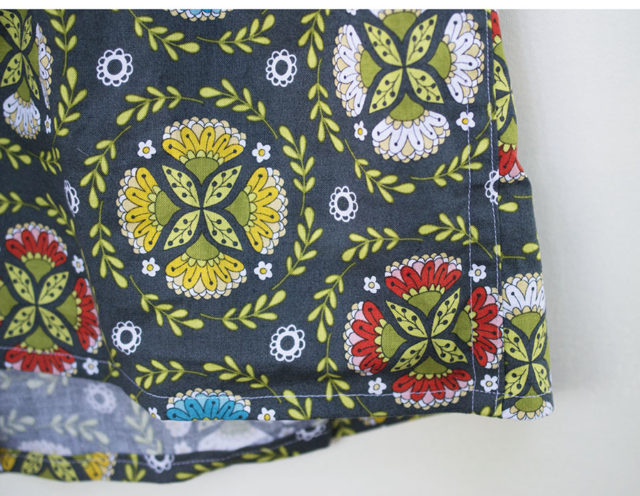 Second observation, men’s clothes are made really well for the most part. I have always been aware of how well-made men’s work shirts are.  The fabric, usually suiting, is very high quality and the shirts are topstitched all over the place. In contrast to much modern clothing for women, men’s wear remains well-made, well-designed and high quality. Boxer shorts for men seem to be equally well-made.  Every pair in my husband’s drawer has flat-felled seams and topstitching and is so beautifully constructed.  And yes, I stood over his underwear drawer, inspecting boxer shorts in his drawer for a long time.  Life can get odd over here.  I took it as a challenge to create a pattern that is equally as well-made. Don’t these flat-felled seams look nice, though!  It paid off. If you are curious about the flat-felled seam it is when the two fabrics at a seam fold inside of each other so there are no raw edges on the inside. This is a great tutorial on how to do it. In all honesty, I struggled to figure it out for too long and should have looked at that tutorial earlier. Don’t be like me! 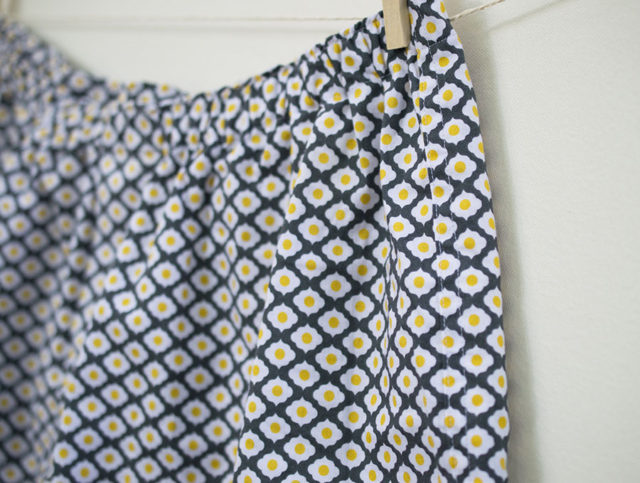 Either way, the seams turned out so pretty!  All of the side seams are flat-felled and every other stitch is topstitched.  The pattern is my own and I had planned to dive deep into Illustrator and turn it into a free pattern for the world to use! But, the kids are out of school and camp hasn’t started and quite honestly the pull to summer time at the pool, reading a book, playing games and unwinding with the little people is stronger than the pull to the computer. You know, summer.

Still, let me know if you would be interested in a boxer shorts pattern!  I need a little motivation to make these into a real pattern.  Would that something anyone is into? Need your own Dutch Treat Boxer Shorts, wink, wink.  🙂

Note: This fabric was offered to me by Betz White and provided by Riley Blake free of charge.  My opinion about it is, as always, my own.