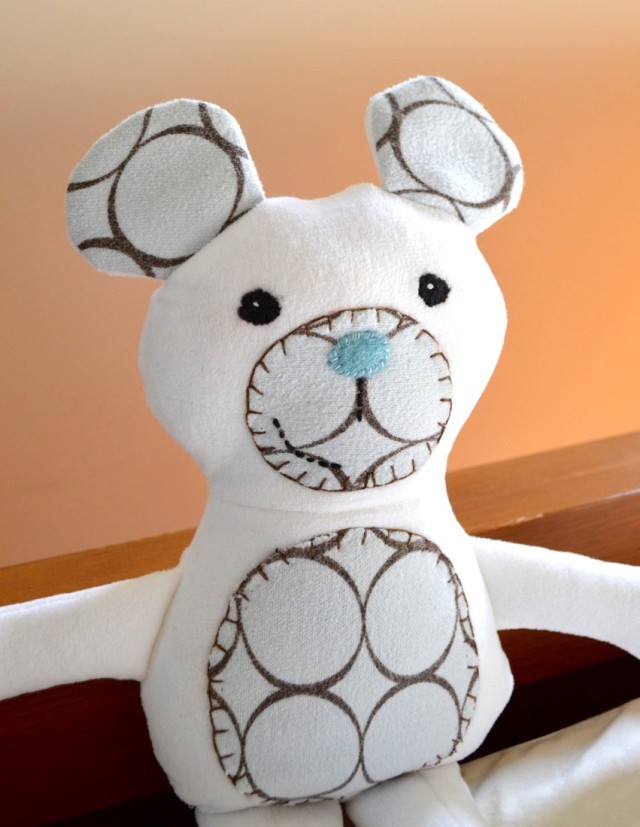 My oldest son, C,  turned eight a few weeks ago and it was surprisingly emotional for me.  Well, ok, I got emotional after the dust cleared.  I do not mean that figuratively; there was dust everywhere because having twelve kids play soccer and run wild in our backyard kicked up an insane amount of dust. But, by the time the party balloons were sagging and the house was strewn with bits of colorful wrapping paper and squashed juice boxes I got emotional.  Eight.  It’s so big.  It’s so definitively big.  It seems to have marked a moment for me when I stopped and noticed that his babyhood, the babyhood that introduced me to motherhood, was receding into the background.  Without a doubt.  I can only see it faintly in the distance and much as I am thrilled about the person he is growing up to be it’s hard to see it go. 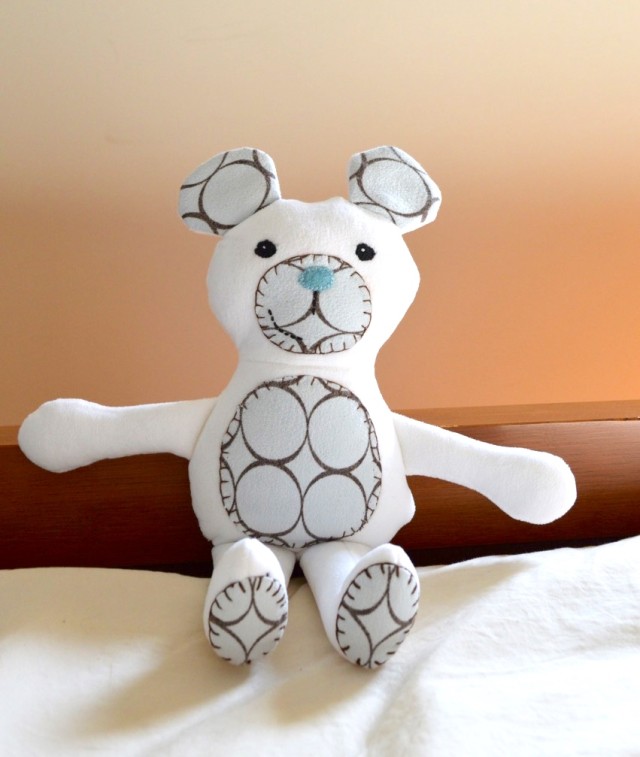 When I made the baby blanket polar bears for J, I knew that I would need to make one for C as well.  (And yes, they both had baby blankets with the same color and pattern! One in fleece, one in flannel.  Cute, huh?!)  The pattern for this bear is called Tagalong Teddy and it’s from the Betz White book Present Perfect but is also available for free (!) on Sew Mama Sew.  It was really easy to make, as is usually the case with Betz’s patterns, the instructions are clear and straightforward.  I also got to practice my embroidery…more practice than I wanted since I did a backward blanket stitch and had to REDO all of it.  Rookie mistake on my part.  Ugh. The white fabric is a soft, velour-like fabric that is super snuggly. 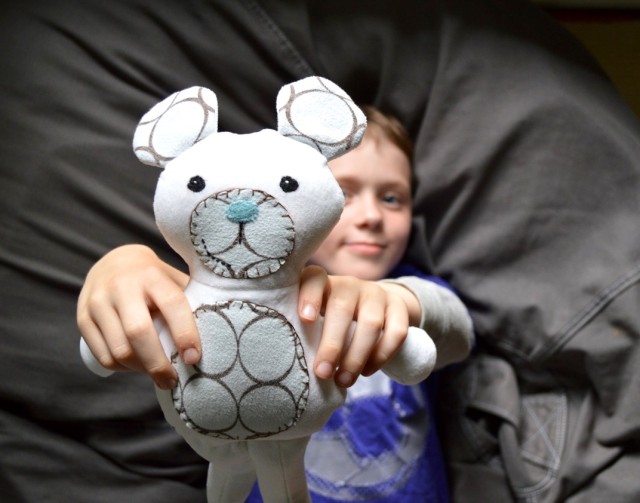 Perfect for a little bit of snuggling from this boy.  He’s so sweet, this eight year old of mine.  He’s private and camera shy and the most amazing big brother.  I keep telling him he would make a great teacher, he can be heartbreakingly helpful.  He’s also ridiculously funny, stoic and easily hurt and so thoughtfully aware of the world around him.  More and more I’m aware that those stories are now his and not mine to tell.

I do think that he likes his new bear. 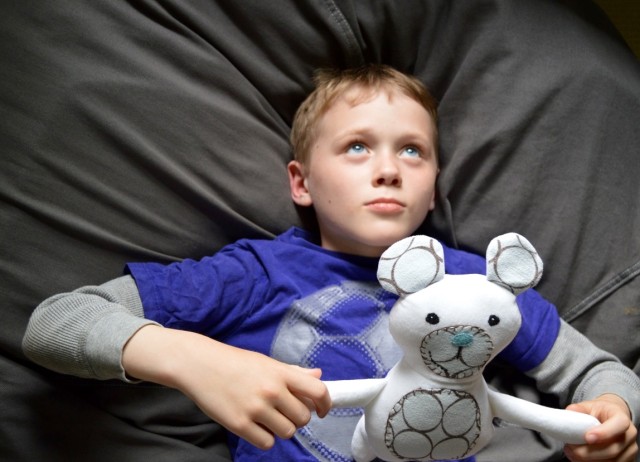 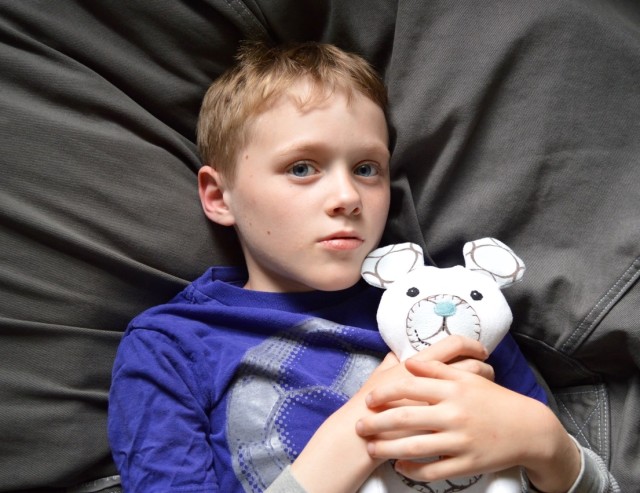 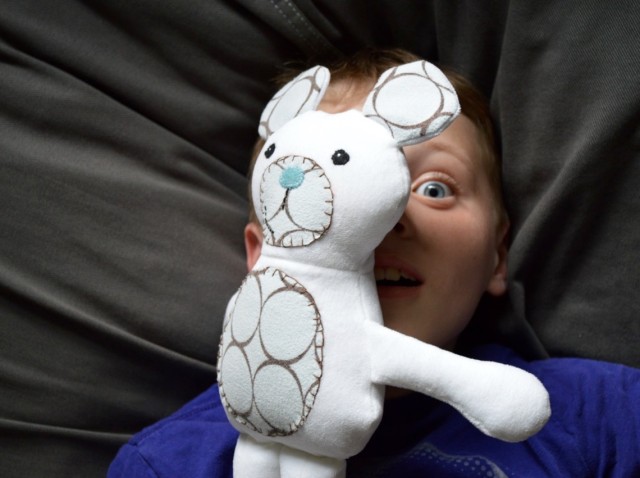 Do see it? That tiny glimpse of babyhood?  It’s just barely there but I think I saw some. *sniff*

I’m also sharing another project on Betz’s blog today, be sure to check out my forest friends finger puppets!