I’m sharing a little more of what I have made for selfish sewing week! 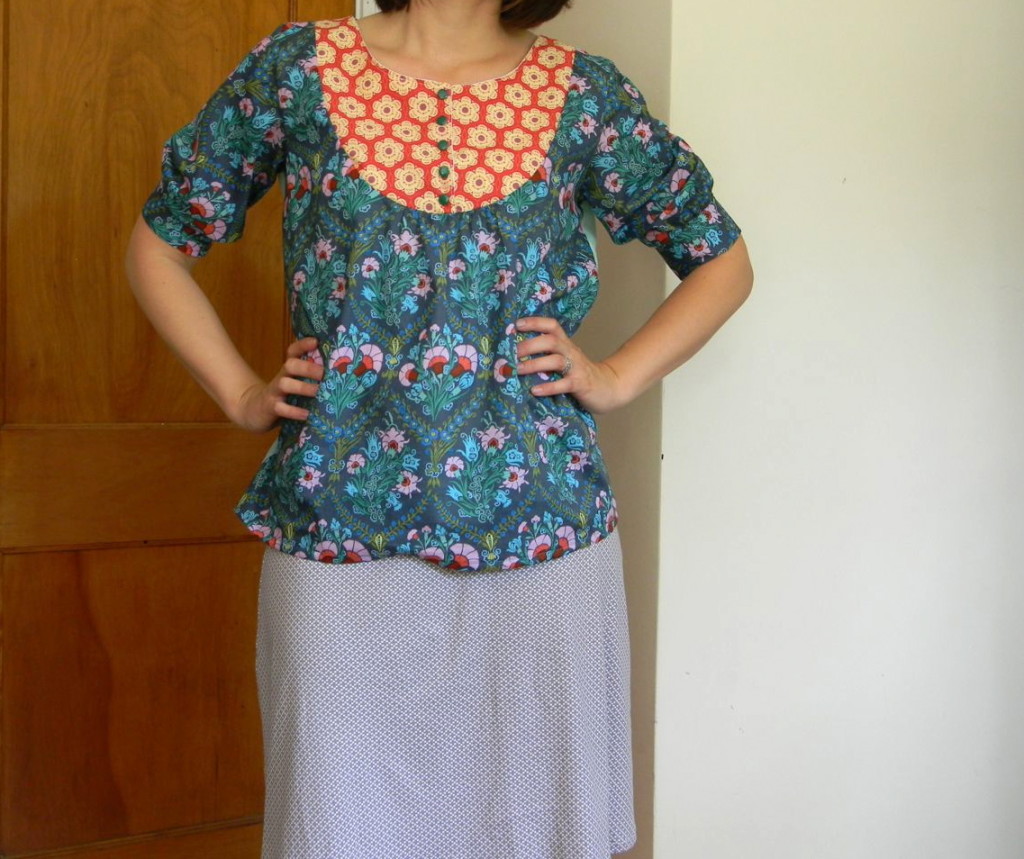 I’ve been wanting to make myself a nice top for a while.  not an easy-to-make top but a really nice one.  one that I worked on a bit.  so, when I came across the Esme Top at the Fancy Tiger Crafts pop-up shop while away at The Makerie retreat I decided to go for it.   I made my muslin, the one above, out of bits of scrumptious lightweight voile that I had around because I wanted to see how it worked in voile rather than standard cotton.  I made a smaller size and it was roomy around the waist but tight at the shoulders.  now I should know better already.  I am a woman living in fear of looking pregnant and yet, I keep trying these patterns (and store-bought clothes) that have so much volume around the waist area.  I realize that is a great style for many but for me it just brings pregnancy flashbacks and I am not one of those happy-glowy pregnant people…flashbacks get a little dark.  this muslin was giving me the flashbacks, you know what I’m saying?

To remedy the situation I kept the size the same but switched to a knit fabric hoping the back would fit right but it wouldn’t become even more voluminous at the waist. 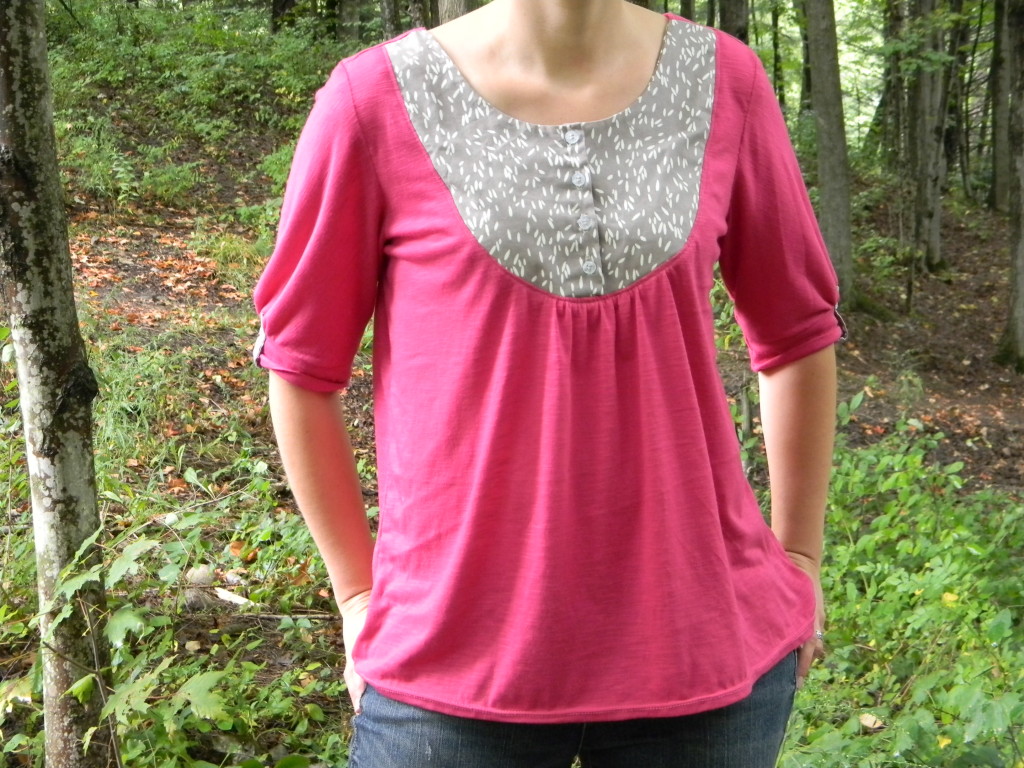 the bib portion is in a few seasons back Lotta fabric and the pink knit is from a yard sale (yippee for cheap fabric!).  I like the knit version MUCH better.  I’ve worn it a handful of times and I feel comfortable and cute in it.  at the same time, I really long for a top that won’t be boxy or full at the waist but will be cute and fun.   I’m tempted by some of the Wiksten tops because they look so cute on others but many have the same ‘loose’ fit.  anyone have a Wiksten tip for me?

as for the pattern itself,  I am sad to say that this pattern just doesn’t work for how I like to sew.  I was disappointed.  the printed pattern instructions are purposely very, very brief because it is supplemented with an on-line video.  you get a code for the video on the printed pattern. the video is 30 minutes long and it walks through making the whole shirt, which is nice in some ways.  unfortunately,  the video is pretty low-tech, something they admit outright, but the cost of the pattern is still full price.  so that is kind of a bummer.  secondly, the printed instructions are so brief that you can’t completely skip out on watching the video.  a scenario that just doesn’t jive with how I sew things.  I like to pre-read a pattern and then double and triple check as I go along for the parts that are confusing.  I didn’t want to pre-watch an entire 30 minute video and once I’m sewing I don’t want to be checking in at the computer.  so, I was disappointed with the pattern setup.  that’s not to say it wouldn’t work for others but wasn’t working for me and I wouldn’t go for a pattern this style again.  I admire Meg so much and really like her style so I hope she keeps writing full pattern instructions on future patterns.