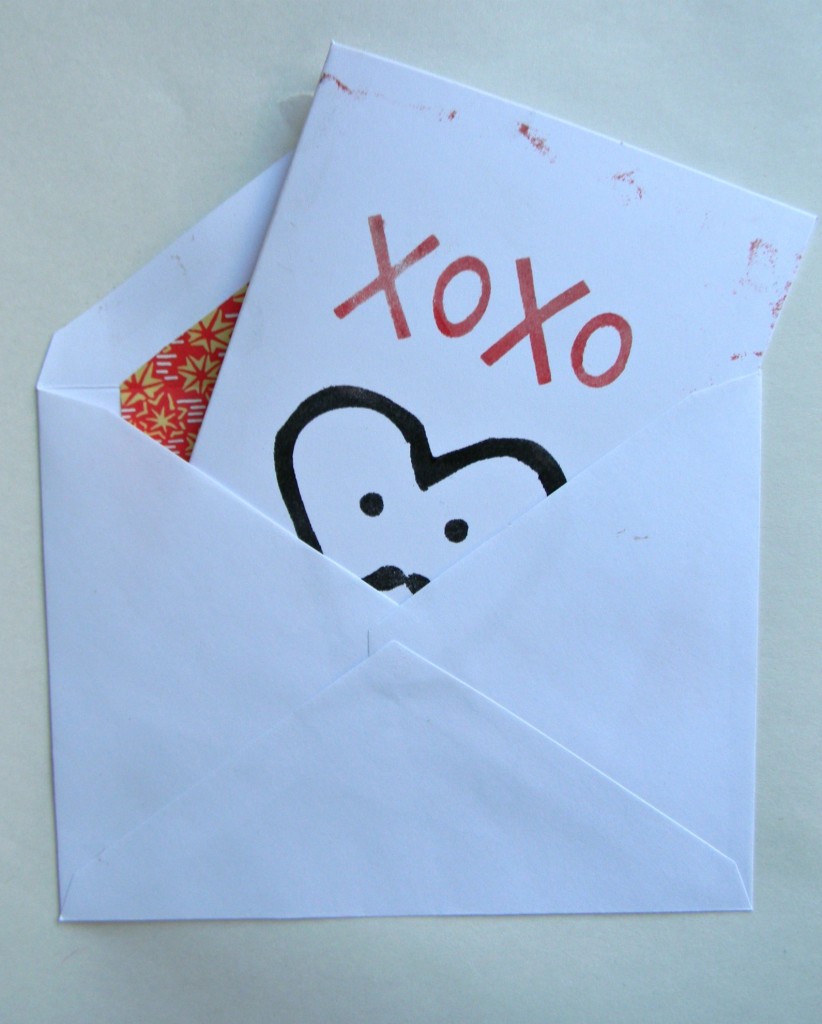 when I was making my mustache man cards they were looking sort of glum in their plain white envelopes and, quite frankly, they deserved better.  so, as I mentioned, I dressed up the envelopes.  it was so easy to do and made for such a cute envelope that I threw together this quick and dirty share. 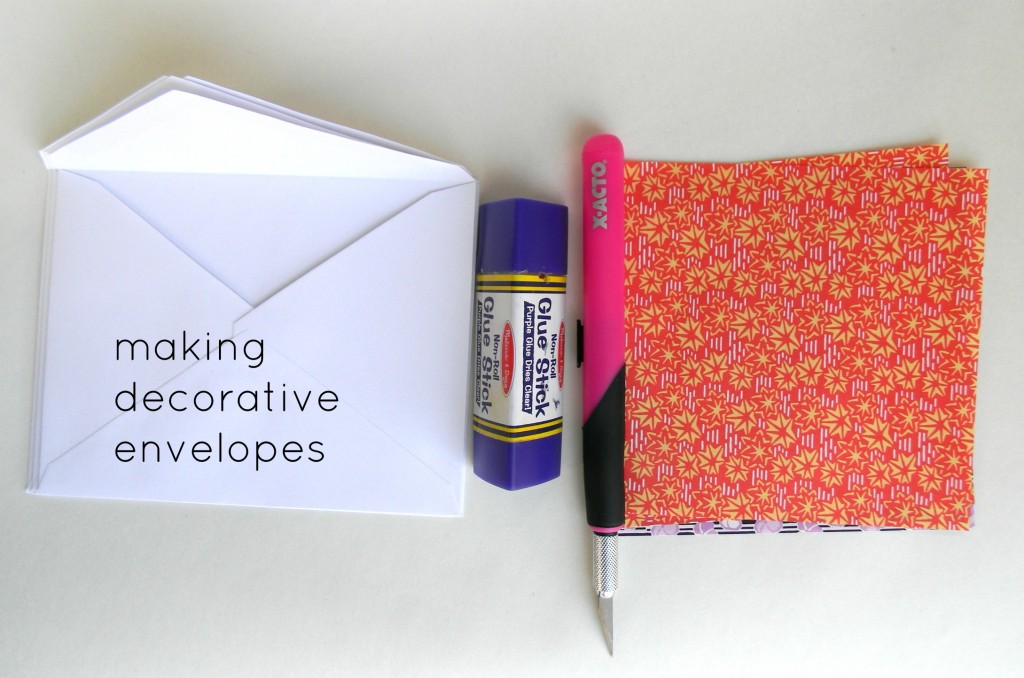 as far as supplies, I used plain white envelopes, an exacto knife, a glue stick and origami paper (whose length wass less than the length of the envelopes).

I started by laying the triangular portion of the envelope over one end of the origami paper. 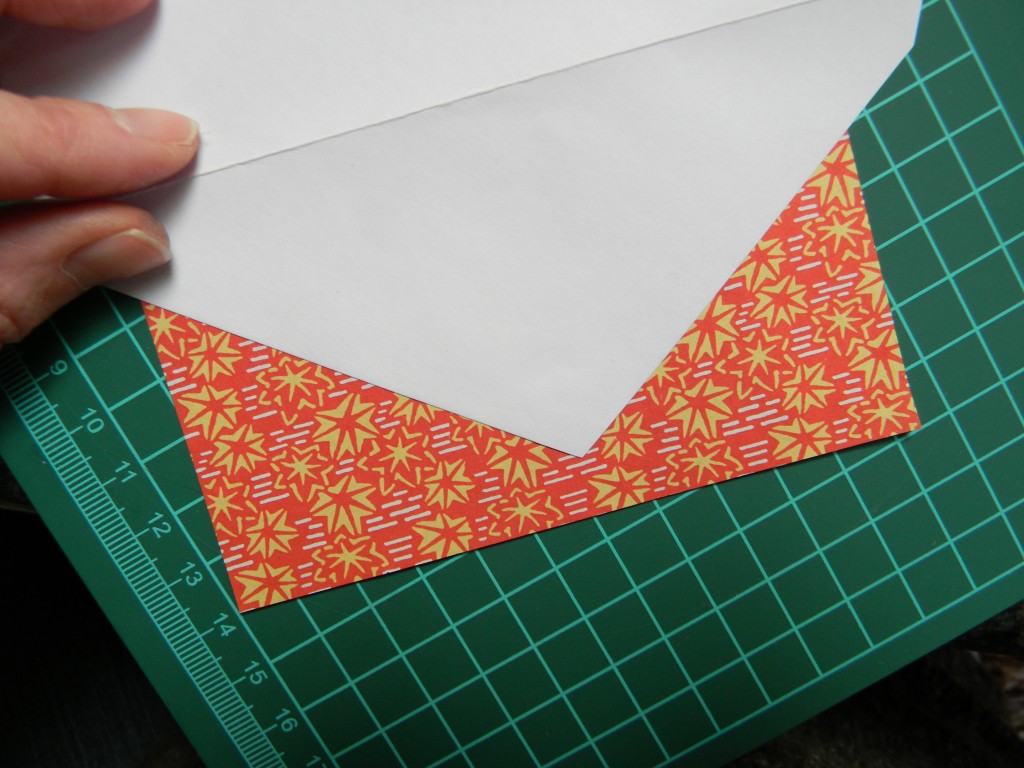 once I had it well positioned, I used my exacto knife to cut away the exposed origami paper leaving behind excess triangles.  this ‘house shaped’ piece of origami paper mimics the shape of the envelope when the top flap is open. 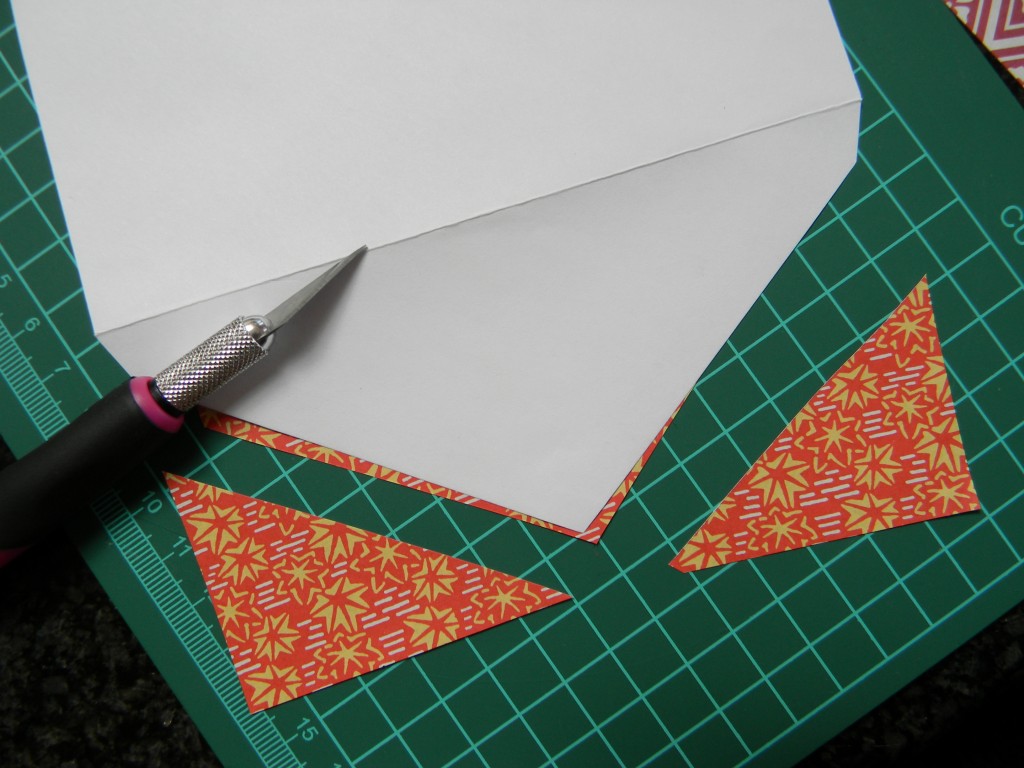 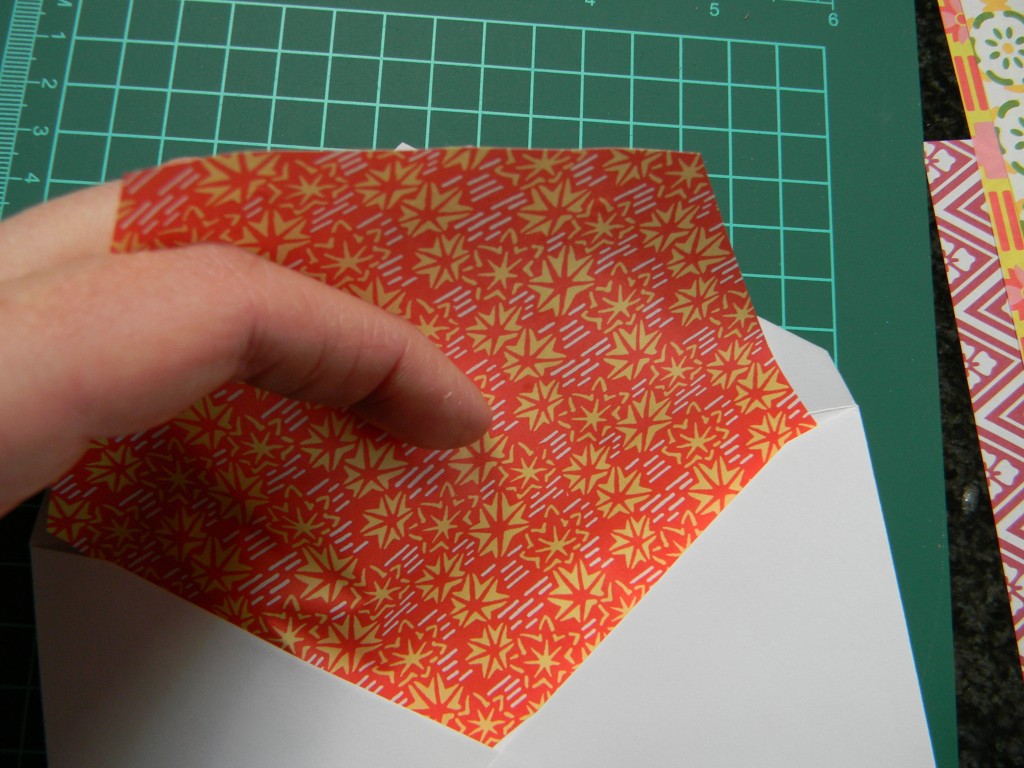 once, I had it tucked inside I then used the glue stick to glue down the triangular bit of the origami paper into place and ta-da! pretty envelopes! 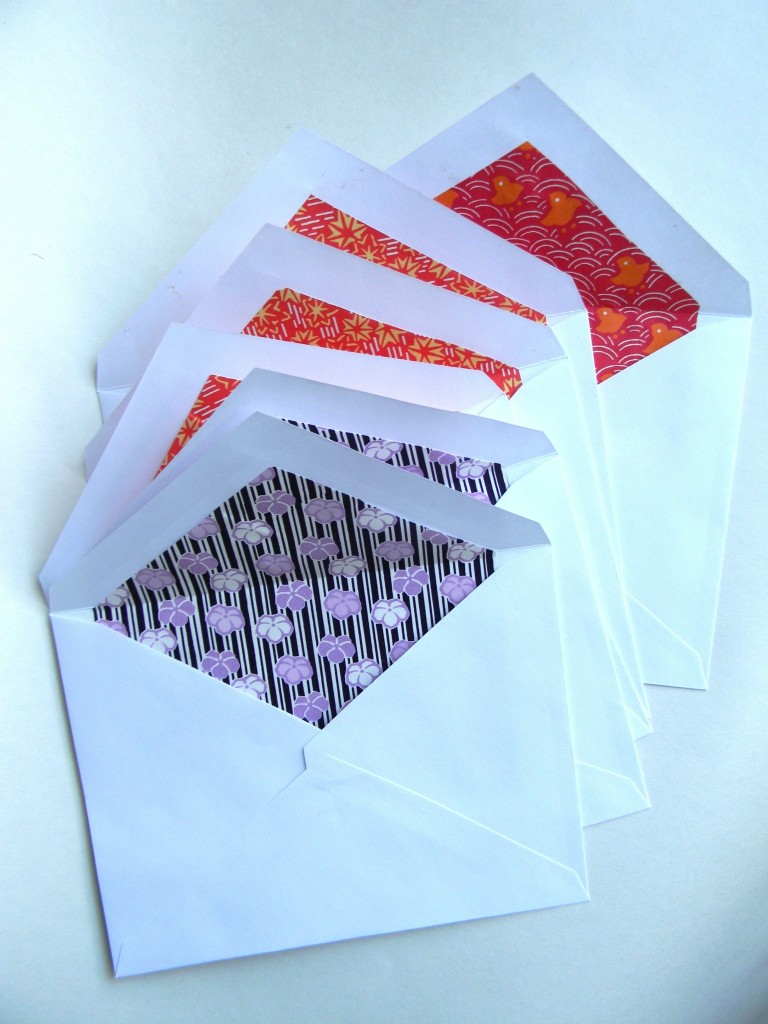 so much more exciting and pretty than a standard old white envelope.  the perfect place for my mustache men to live!  hope you make some dressed up envelopes, too!  it’s like wallpaper on the house of your beautiful cards!