this is not an easy thing to look at and, if you are anything like me, you might just find yourself gasping “OH BUSTER” or even worse…much worse.  there may be some swearing.

but, let me start with the story of a dog and a quilt and a little quilt surgery.  buster is the dog, and I’ve been asked to note that he was a totally adorable and wonderful dog in many respects.  I don’t doubt it.  I saw a picture and he was super cute.  but one day he attacked a very important quilt.  it had been handmade by the aunt of a baby boy who is now all grown up.  it meant a lot to a family and it was nearly impossible not to admire the thousands of tiny hand-stitches laid out with care in meticulous grids that swirled into an irish knot in every corner. 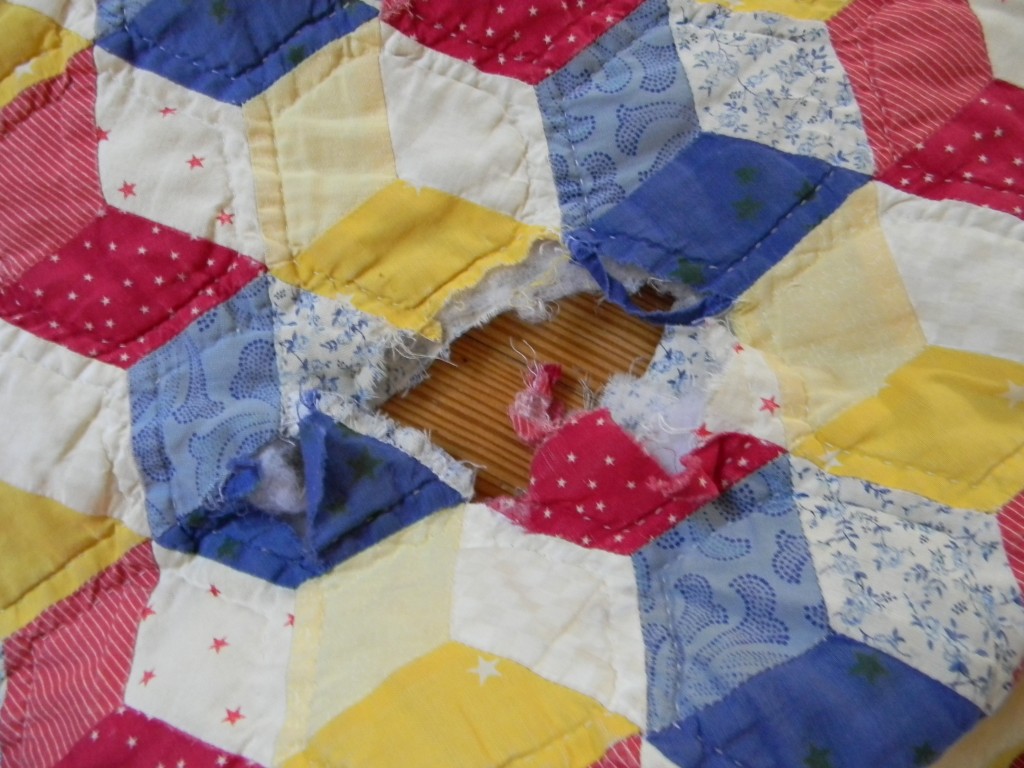 buster, I would imagine (despite his adorable-ness), wasn’t looking at stitch quality as he chewed right through the quilt. yikes!  and, that is how the quilt found its way to me.

could I? would I? save the quilt?

I had to start by cutting off the nearly 1/3 of the quilt that had been ruined.  slicing off the end of a beautiful, heirloom quilt is something I would prefer to do with my eyes shut…and if it weren’t for the fact that I wouldn’t likely cut a very straight line I would have done just that.  but, no luck.  so, eyes wide open I sliced it off.  phew.

then, after undoing many a meticulous hand-sewn stitches I was able to piece together border fabric and backing fabric and re-quilt to salvage the quilt.  there were other minor repairs to the other side and much hand stitching to re-attach the delicate binding.  but slowly and surely it came together.

here is a shot of the newly-stitch, un-bitten border fabric that replaced where buster had munched.   you can see how the binding was weather, love and time worn…in just the way a quilt should be after so many years. 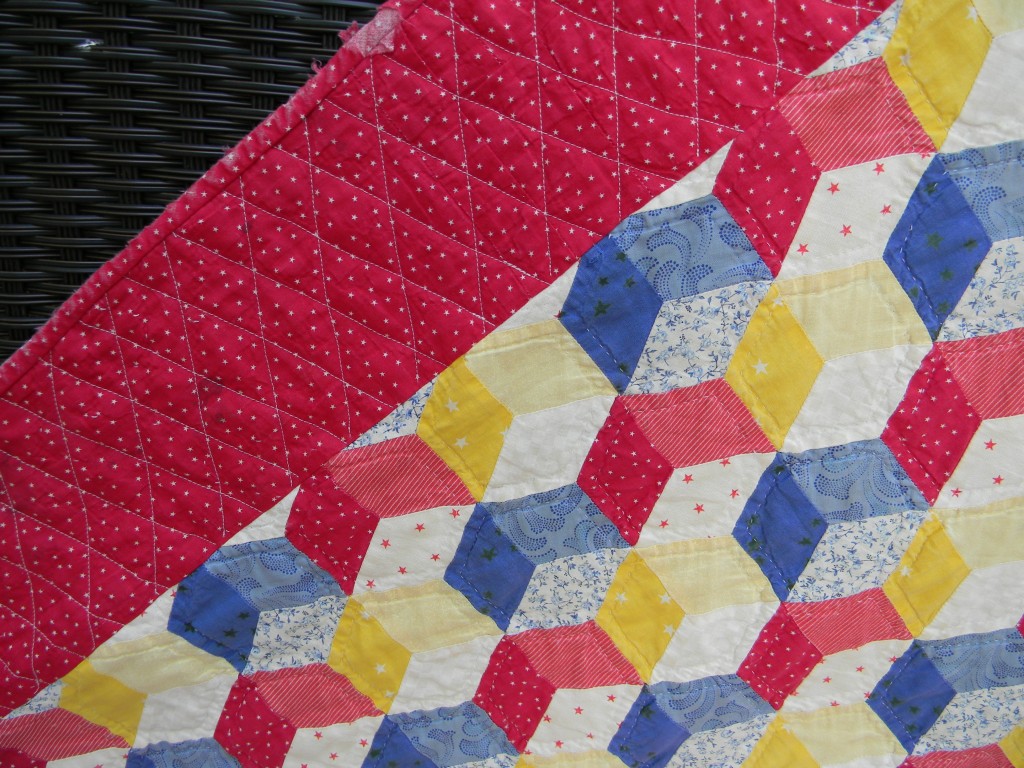 in the end, I was able to save the quilt. albeit in a slightly smaller, slightly altered state. 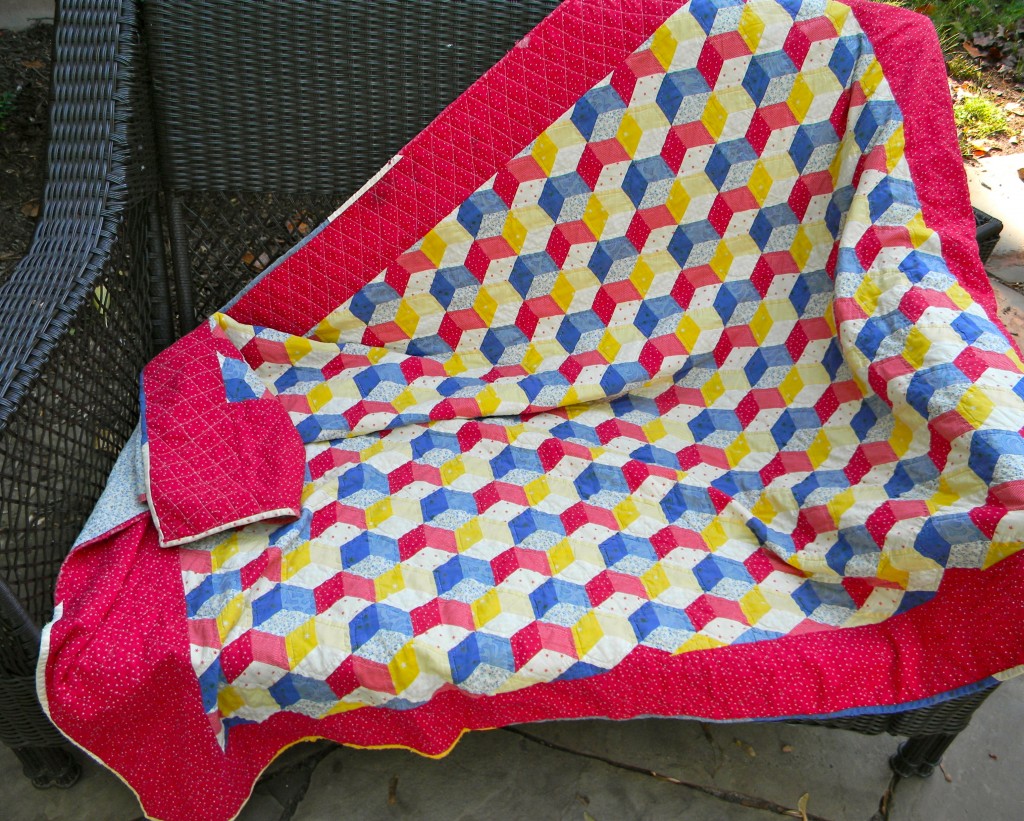 for the quilt and for the family it was gifted to, it was just another chapter in its life. just another story that has been infused into this families’ longer tale.   and, that is how it works, isn’t it? a handful of imperfect moments leave a mark on us and we figure out how to repair and care for them.  we get older and have the scars or losses to prove it.  after all is said and done, it’s these non-shiny moments that make us more interesting…just like the time we swore at buster, the adorable dog, but, secretly we thank him for the great reminder.