halloween costumes are high on my things-I-want-to-accomplish-during-kcwc list and I’m proud to say “one down”! he wants to be a dragon, which makes me so happy because it’s a manageable homemade costume and I didn’t even need to do any coaxing.  last year they both wanted to be specific Thomas the Tank Engine trains and I threw up my hands and ordered them online. so sad. 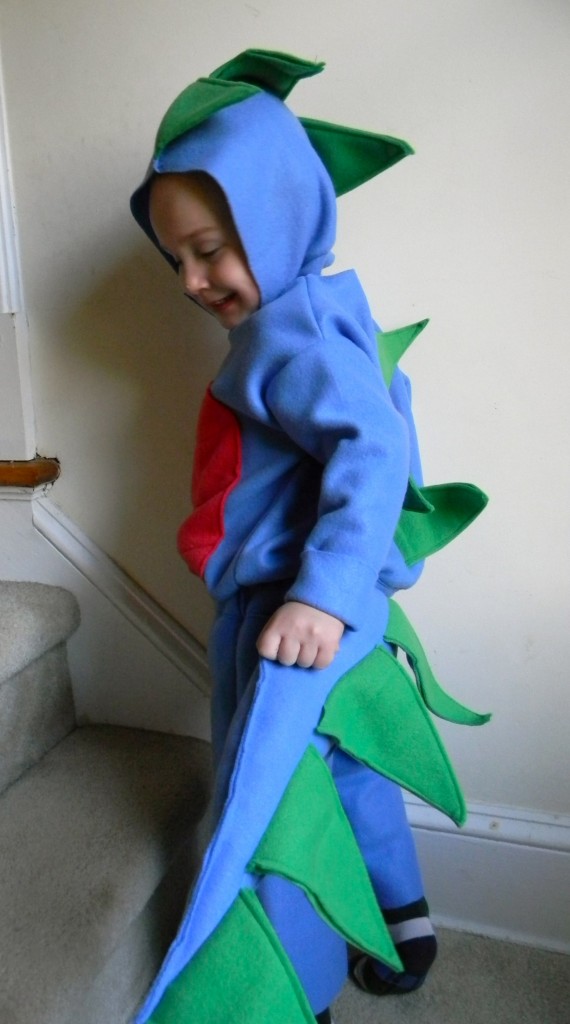 to outfit this dragon I made three pieces: a hood, a sweatshirt, and pants.  the tail is sewn right into the pants.   it’s all made of soft, fluffy fleece so there had better be at least a chill in the air on halloween or it could get hot for this little dragon but on the upside, it will be comfortable. 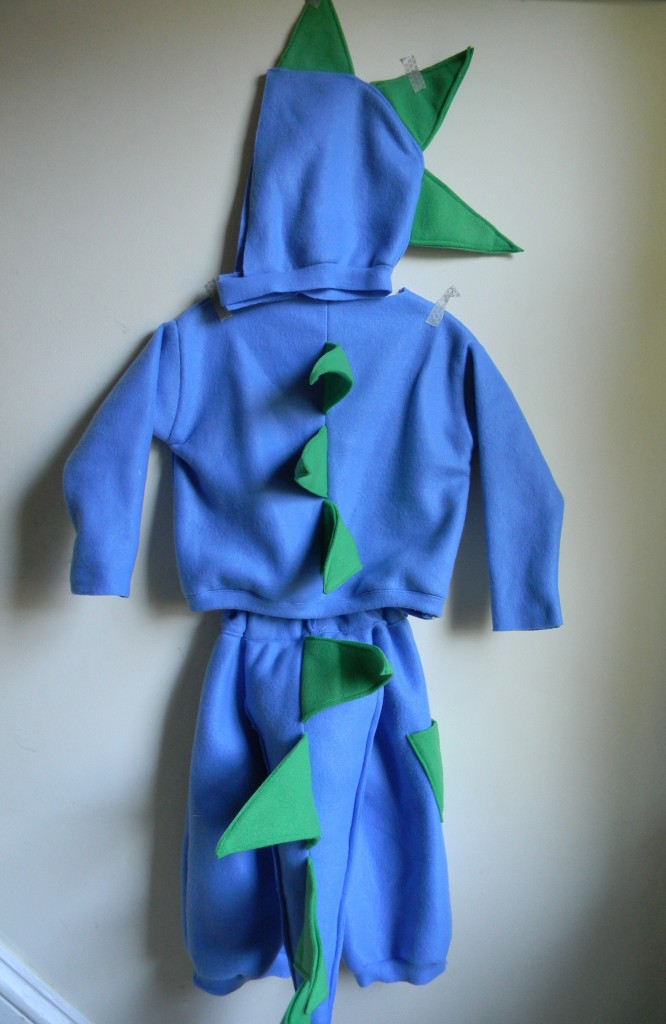 I made the sweatshirt by adapting the pauley pullover from the sewing for boys book (love that pattern). we spent some time discussing costumes this year and this guy was very certain he wanted a special green pocket on the side of the pants for storing a lizard…I guess this dragon has a side kick.  I’m not sure about the details on that…he almost always has an elaborate imaginative world that comes spilling out sooner or later…but I am certain he looks totally adorable and squeezable in this costume. 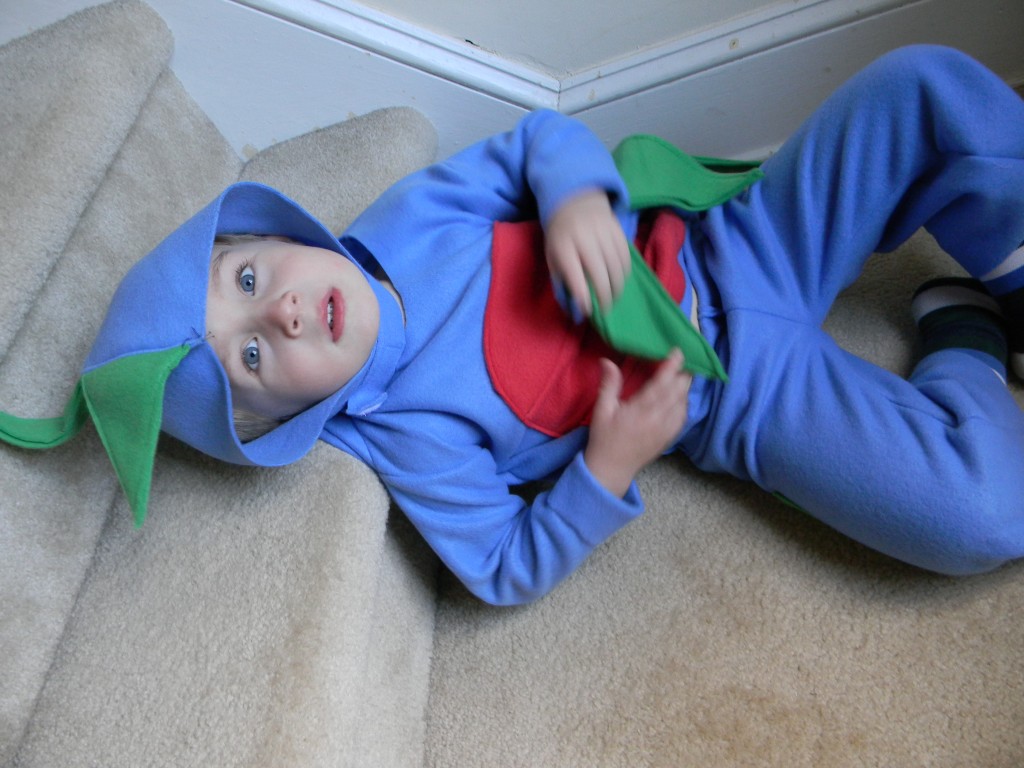 that’s another bonus of the mama-made costume…I get to keep it cute and innocent for another year.  though, I am considering adding some teeth to make the costume a bit more fierce….he keeps asking if he looks scary.  oops.

this is the big C’s pauley pullover…the one he doesn’t like. 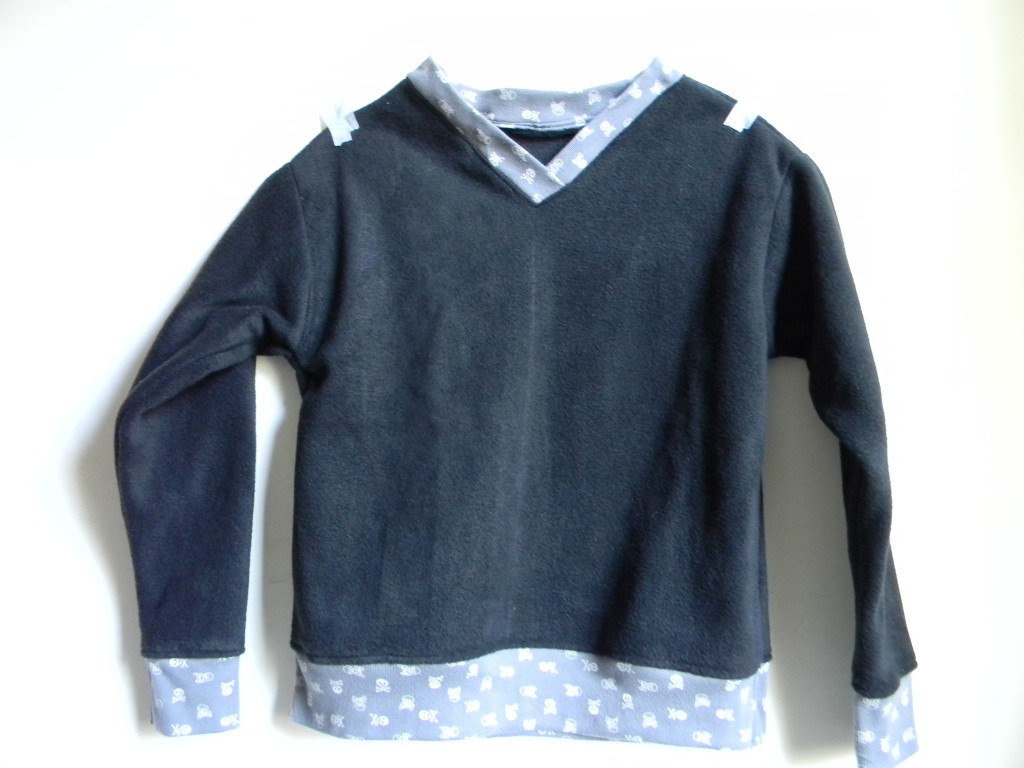 it is really big on him but I still think it’s awesome.  and, I’m so proud of my v-neck! you can see some wonky stitches but all-in-all this is definitely the smoothest it’s gone for me sewing with knits. 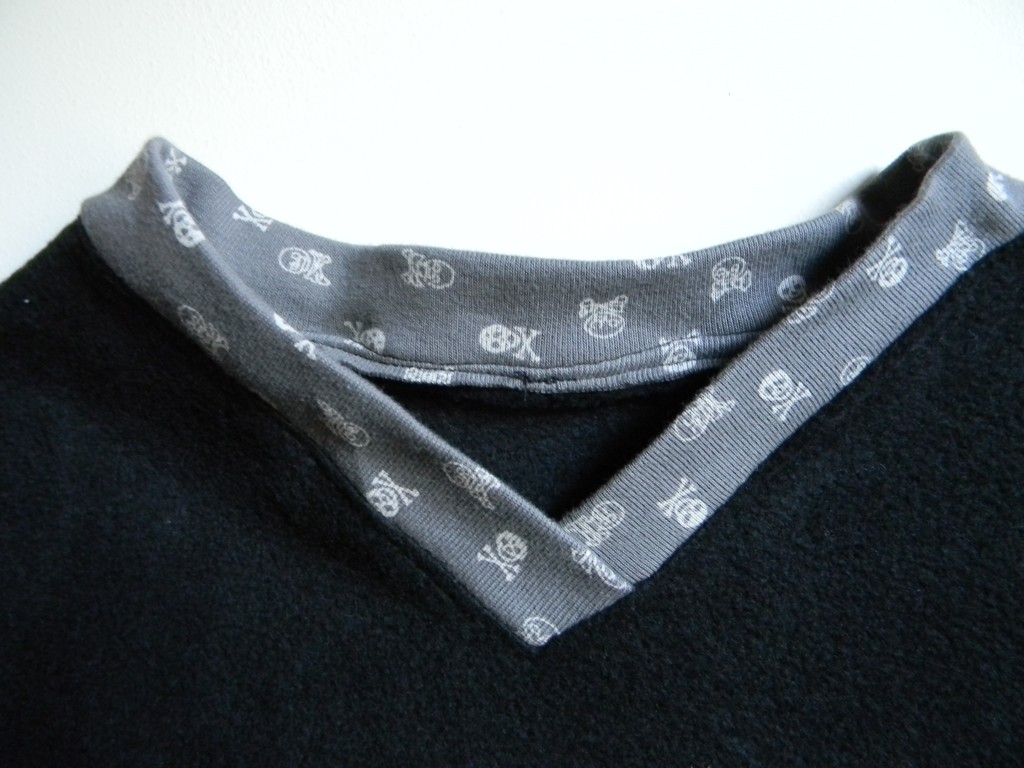 I’m feeling ready for the last 3 days of kcwc…one costume to go and I keep feeling tempted to make pajamas.  might have to scour the kcwc flickr group for some inspiration. people are making amazing things!