this weekend’s sewing was a great success and I’m so proud to say that our little gatherings have made a total of 52 hats in the past two weeks, all of which are heading down to the shore.  all it took was a few requests on Facebook for donated fabric (over 50 pounds! a very special thanks to rock paper scissors for their bolt of jersey knit) and for volunteers and it became a mad, mad sewing frenzy.

these photos, of the festivities, can’t possibly capture the beautiful, chaotic, flurried spirit of this event. 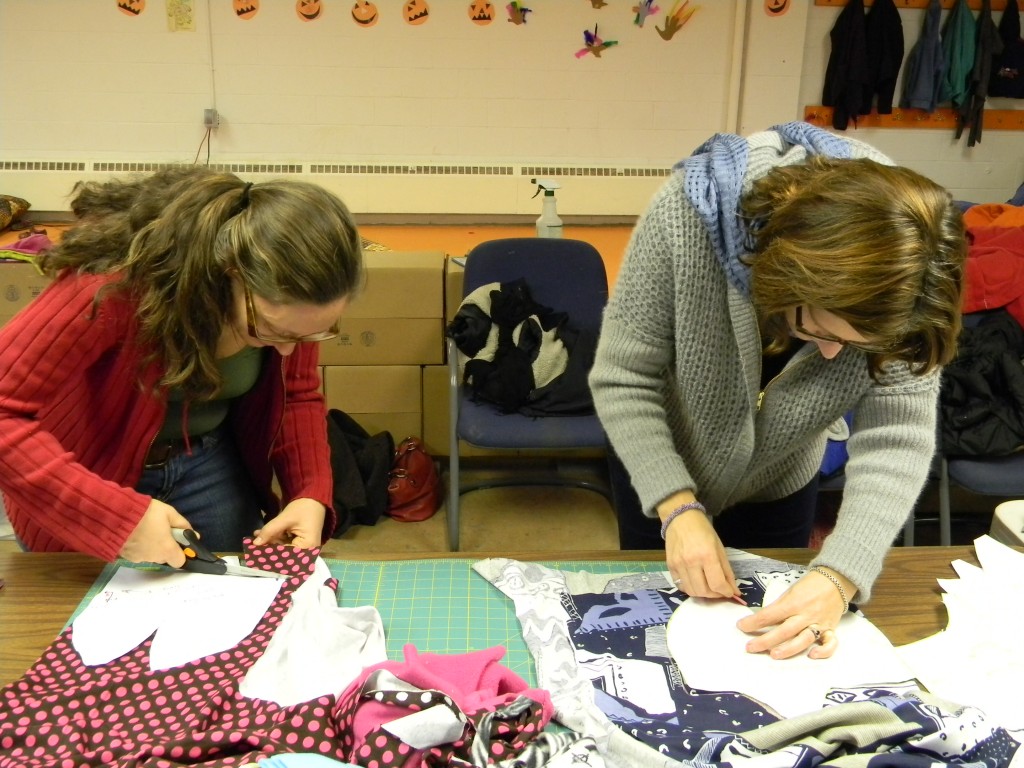 kids running wild (who knew that pool tables and socks on a slippery floor would beat out legos as child-entertainment?), dads chatting and playing, moms cutting and planning and strategizing about hat linings versus fleece outsides….all alongside the hum of the hardest work my 6 sewing machines have ever seen. 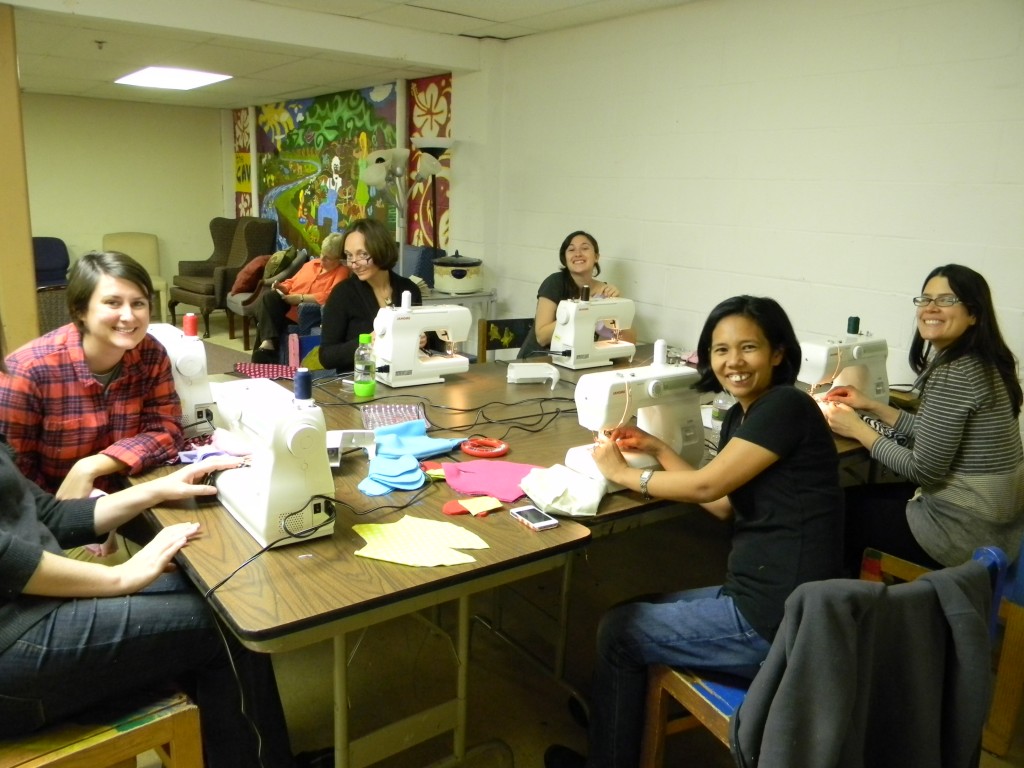 I literally could not drag this ‘sewing crew’ away…they sat and sewed for nearly 3 hours.  at one point, I looked around and realized that most of the people helping out were people that learned to sew recently…and I had taught them.  how about that? kind of makes a girl like me a little choked up.  imagining what a good group of people can do with an old-fashioned skill like sewing. 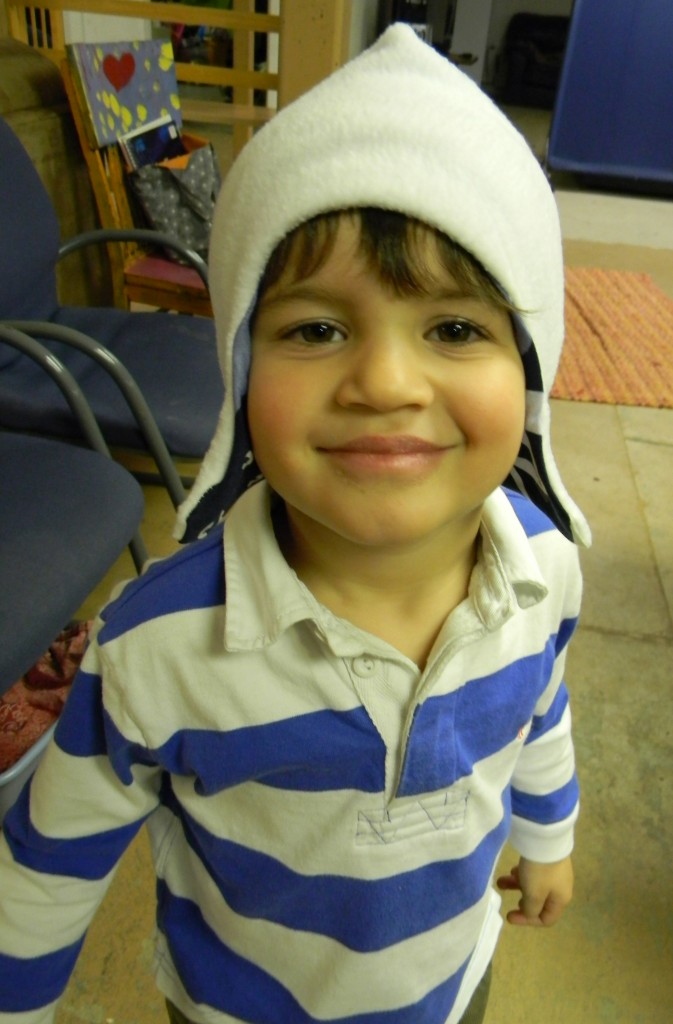 want to know what else can make me choked up? I returned home at the end of the day, when my machines and iron and cutting mats were all safely tucked away and I found this note and two boxes filled with warm things including several pair of handmade mittens and extra warm coats.  this storm was immense and the aftermath is heartbreaking but the damage is not insurmountable…not with efforts like this out there. 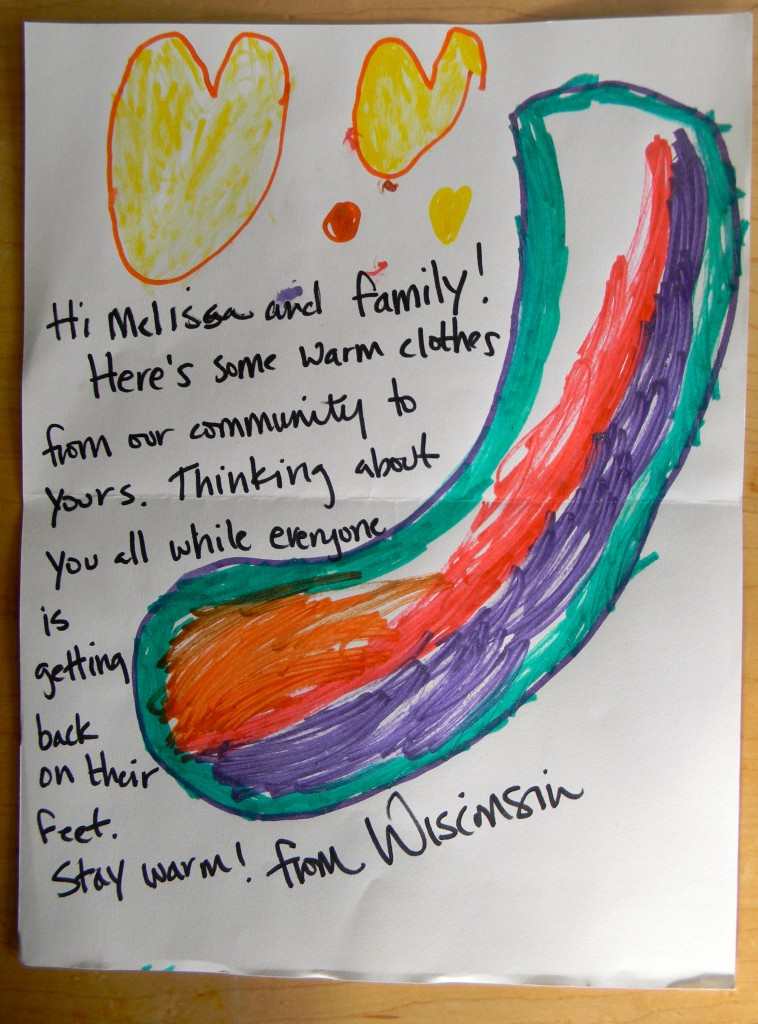 just as an aside, the church that is organizing the collection and transport of these hats among lots of other items has transported over 25 van loads down directly to the people impacted by the storm.  and, when I say directly I mean it.  they are literally driving down, donning work gloves and handing out what is needed to the people that need it.  just the other day the church bought chainsaws with donated funds and handed out gift cards so people can get the medicines they need, they are also using those work gloves to help clear homes and salvage items right alongside those that lost everything.  their work is so direct and so in touch with ‘the need’ that packages have started to arrive from new york to our little church in new jersey. word is spreading that they are getting things done.  52 hats are just one part of that picture.

p.s. are you interested in donating? do you live locally and want supplies to make and donate hats? email me, please.  I only want to build on this momentum!