I have to testify.  the fighter spirit is alive in new jersey!

you know how I know? the hat making two weeks ago for those impacted by Hurricane Sandy was such a success that we are doing it again tomorrow!  I’ve spread the word, mostly on Facebook,  and a great group is gathering to cut and sew (and even bake and watch kids).  you know what else?  when I asked for donations of fleece and knit fabrics I was bombarded with generosity.  including a full bolt pulled off the shelf by the lovely beth from rock paper scissors!! 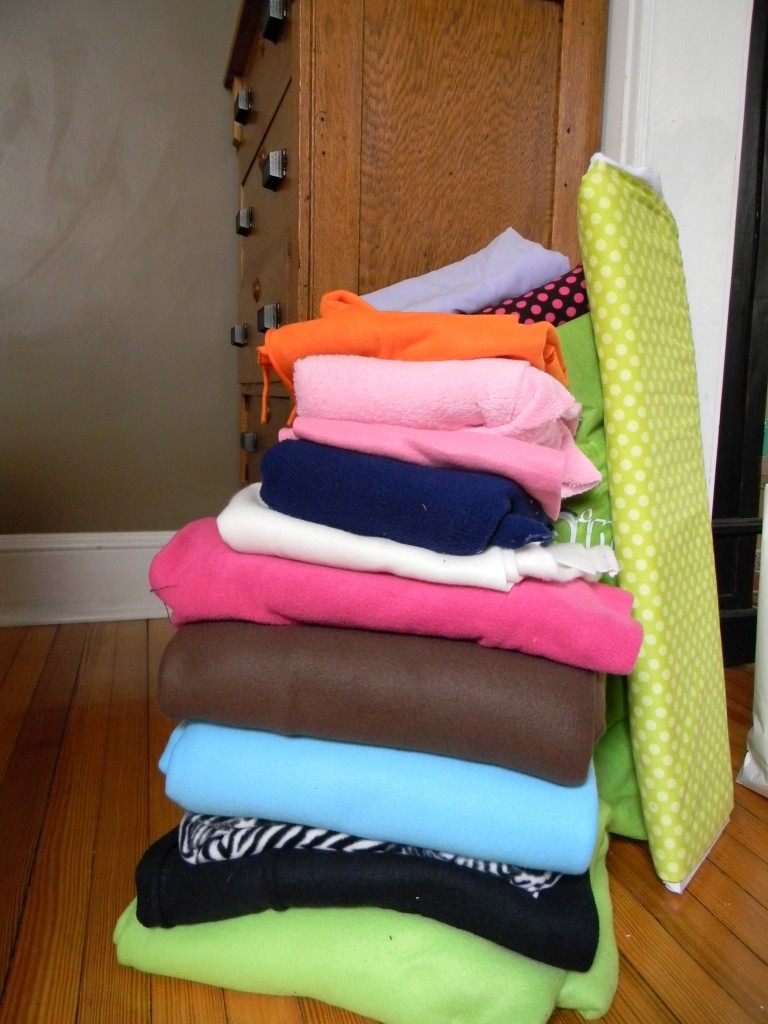 and, this is just the fabric I have at my house….there are some donations already at the church! it’s enough generosity to make lots and lots and lots of warm things for the people living in New Jersey’s shore communities that are still living in shelters and spending their free time trying to salvage the bits of their lives that were ravaged by the storm.  it’s enough to warm some hearts and not just hands and heads.

now, I am off to sharpen some scissors and dig up spare needles.  we have got some work ahead of us! (email me if you want to join us!)