it turned out to be a long week last week.  I was home with the boys, which was fun except I was killing myself to give each day a theme…like ‘art day’, ‘word day’, ‘race day’  and then we would have an afternoon activity related to the theme. (I promise to share more on this later.)  the boys loved that the day had a clear agenda even if they had to wait until the afternoon but I grew exhausted by the planning and clean-up.   I’m trying to minimize meltdowns especially given the hot temperatures around here.  not to speak of roughhousing…there is so much roughhousing and I don’t have a good idea of how much is too much. anyone? but, I’m not convinced that structured activities is exactly the right answer.

we also learned that our neighbor, whom the boys both adored, passed away.  he lived alone and his sister has needed some help here and there going through his house as well as someone to talk to.  then, a surprising flood hit my hometown, Duluth, MN.  it’s a town made of hills and really should not ever flood but it did and it left neighborhoods flooded, zoo animals displaced and some of the precious natural places of my childhood underwater.  thankfully there don’t seem to be any human deaths.  but, it was shocking and I realized that as much as I love new experiences and change within my present life I really want my childhood places to stay locked in time. not very realistic but it’s true.  all in all, I had what my husband calls heavy boots.

there were great bright spots, of course, including tons of wonderful moments with the boys including quite a few classic games of go fish.  they have lots of questions and ideas about death right now and it has been good to have a chance to explore that, too.

there was, of course, my fantastic sewing class.

and, I was lucky enough to steal away to the inaugural meeting of the North Jersey Modern Quilting Guild. it was wonderful to be so inspired and with so many accomplished sewers.  everyone was excited and friendly and nearly giddy with enthusiasm. I felt very at home.

and, in the cleaning out of items our neighbor’s sister gave us a stackful of wonderful books, mostly kids books and cookbooks, as well as some furniture most of which needs a bit of refinishing that I’m excited to undertake. I will be sure to share that later, too.  both of the boys are as in love with books as my husband and I and I was heartened to see them devour the big stack of kids books.  they aren’t reading yet but sat next to each other and looked at pictures and made up stories. I even got to put my feet up and peruse the cookbooks. 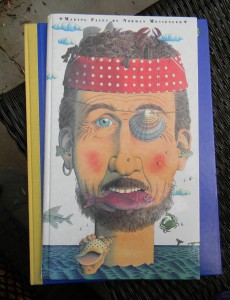 the boys are in summer camp now for a few days a week and it’s giving me a chance to get some work done, prepare for an upcoming festival, and hopefully get enough time to shake off the heavy boots.