I was searching for something the other day and came across some scraps of vintage fabric that long ago I had cut up in hopes of making an all-vintage quilt.  the scraps were mostly from old sheets and the white squares were old curtains with beautiful embroidery on it.  it was a bit smelly, I won’t lie, but when I originally got the fabric I washed it and set it in the sun to dry and then washed it again.  it still managed to stink, stink, stink while I was ironing but the quilt itself smells fine.  it was fortuitous timing because maya from maya made has just released a fantastic book called reinvention about using fabric destined for the landfill.  and, sew mama sew is holding a reinvention contest.  the book looks wonderful, by the way. 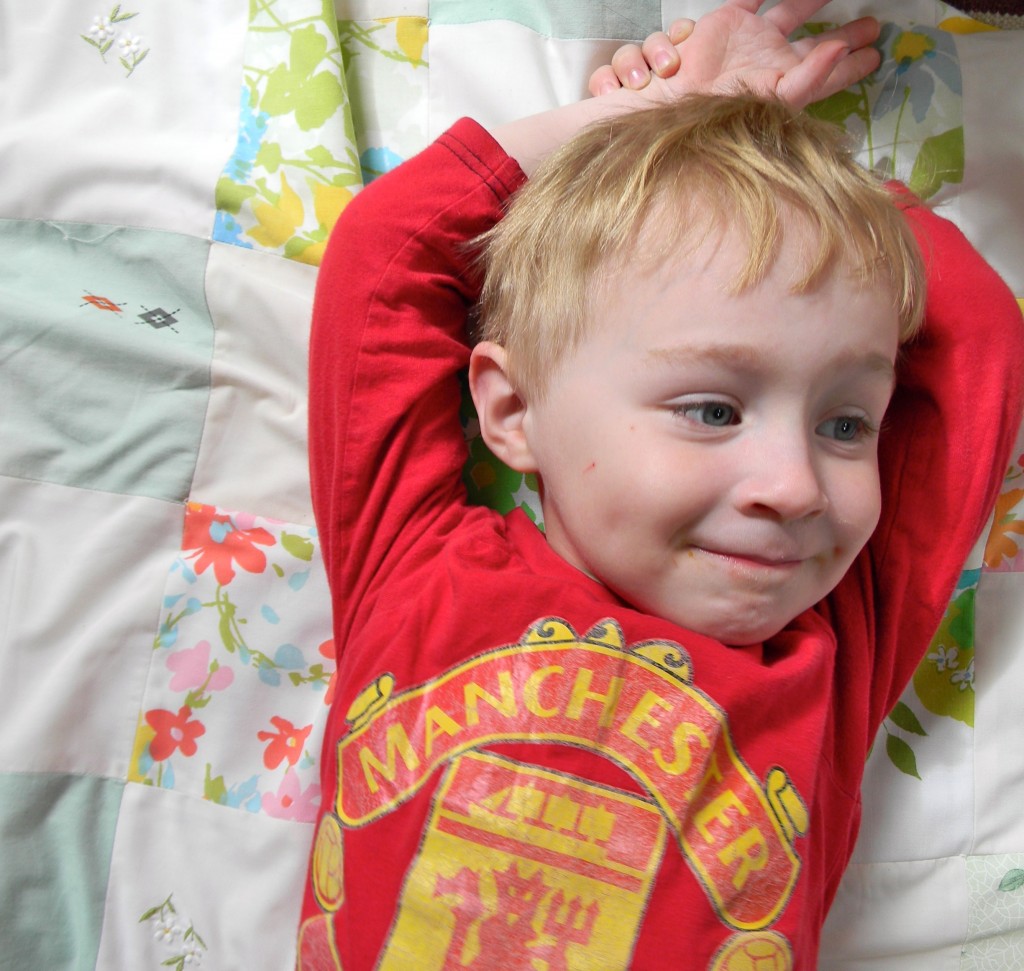 for some unknown reason, I am crazy about this quilt and so are the boys.  there isn’t exactly anything super special about it but I do think that white space on a quilt just makes it nice and summery and inviting.  I think I’m going to be incorporating more white into my quilts. 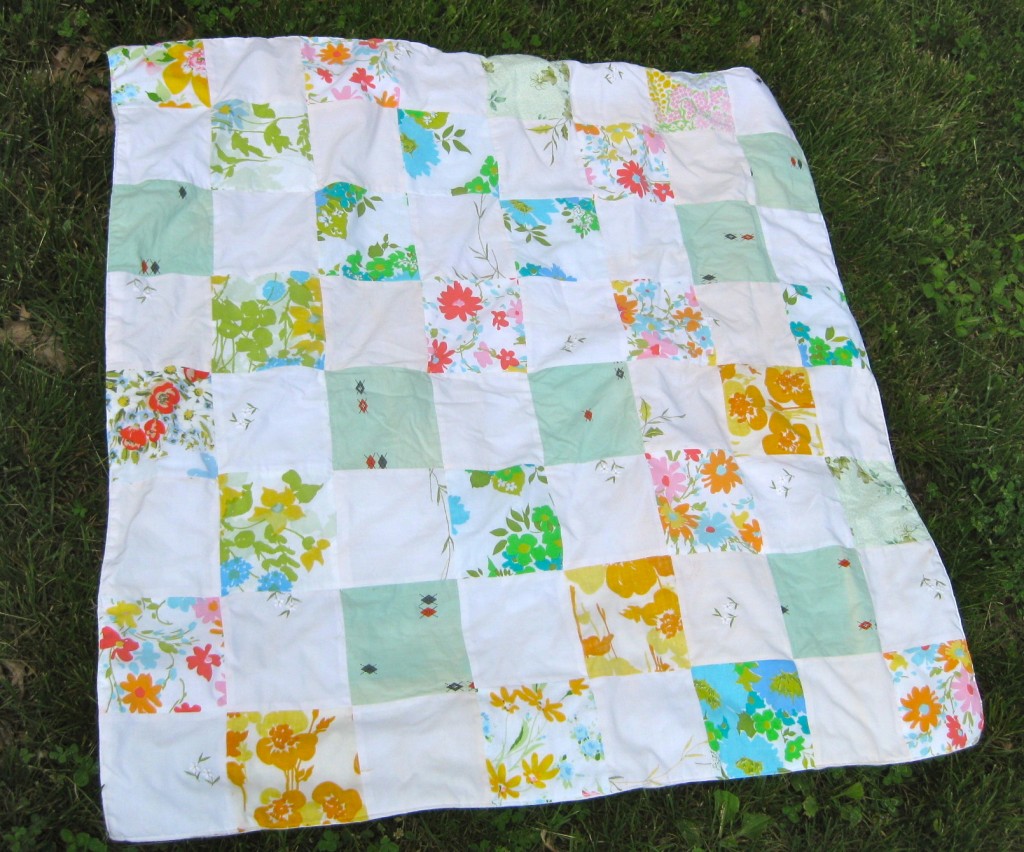 I made this the “easy way” meaning that it doesn’t have a binding.  I completed the patchwork top and then sewed the whole thing right-side together leaving a little bit open.  flipped it right side out and put in a few “tacked down” spots around the quilt (I used my buttonhole stitch on the first step for anyone wondering about specifics) before sewing a topstitch around the edge of the quilt.  yay, no binding!! 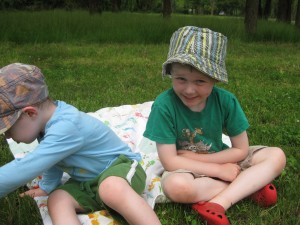 even though there is white in it, I’m planning on making this quilt an outdoors quilt…built for impromptu park visits and last-minute picnics.  there are two main reasons for this. the first is that I’m really hoping to spend a lot of time outside this summer and the second is that basically we don’t need anymore quilts INSIDE the house, I’ve pretty much quilted that up already. but, I don’t want to stop quilting.  hence the invention of the outside quilt. genius, right? 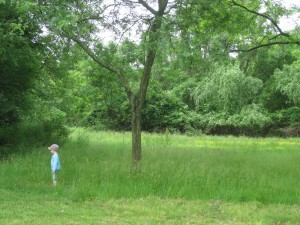 speaking of stubbornness, this little guy…J, our 3 year old is working hard on that autonomy game and perfecting the art of pushing limits.  it must be said that he is adorable about it but some of the grown-ups around here are a little tired at the end of the day.