kids clothes week at elsie marley is in full swing! on days 1 and 2 I pulled together these tops for the boys IN KNIT FABRIC. I’m pretty proud.  they didn’t turn out perfect but so much better than my other attempts to sew knits. 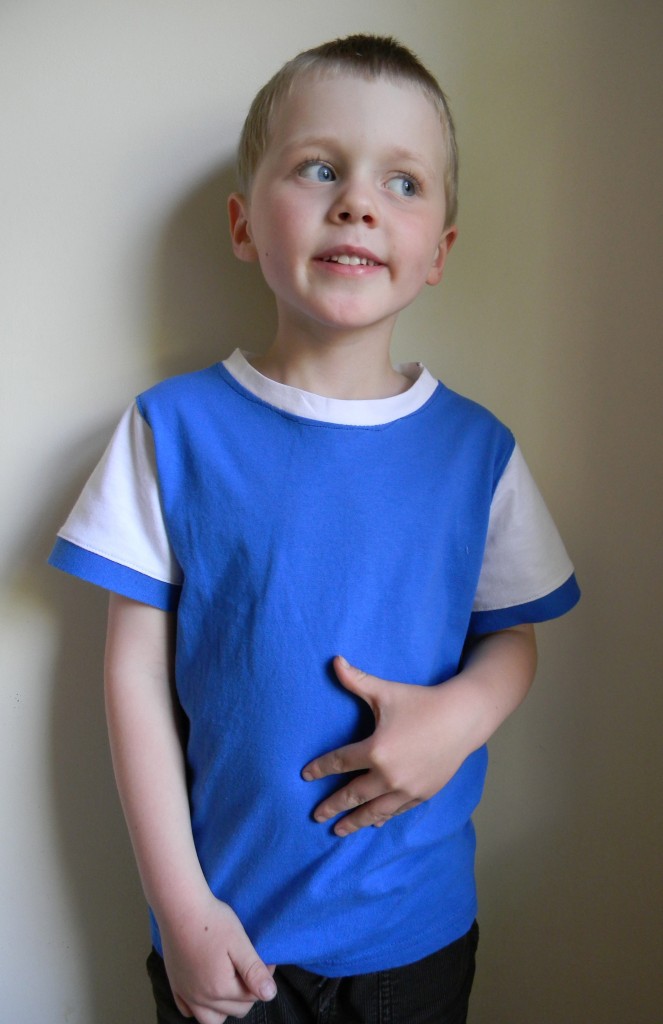 and the best part is that they both like the tops.  I can’t ever predict when they will like something or not but it’s always so nice when they appreciate it too! in general, they don’t really care what they wear.  but, C loves his shirt because ‘it makes him look like part of the ant hill mob’…a character from an old hanna barbara cartoon we let them watch.  score! the little guy, reluctant model J, likes his shirt because his brother liked it. so, a double win for the crafty mama! 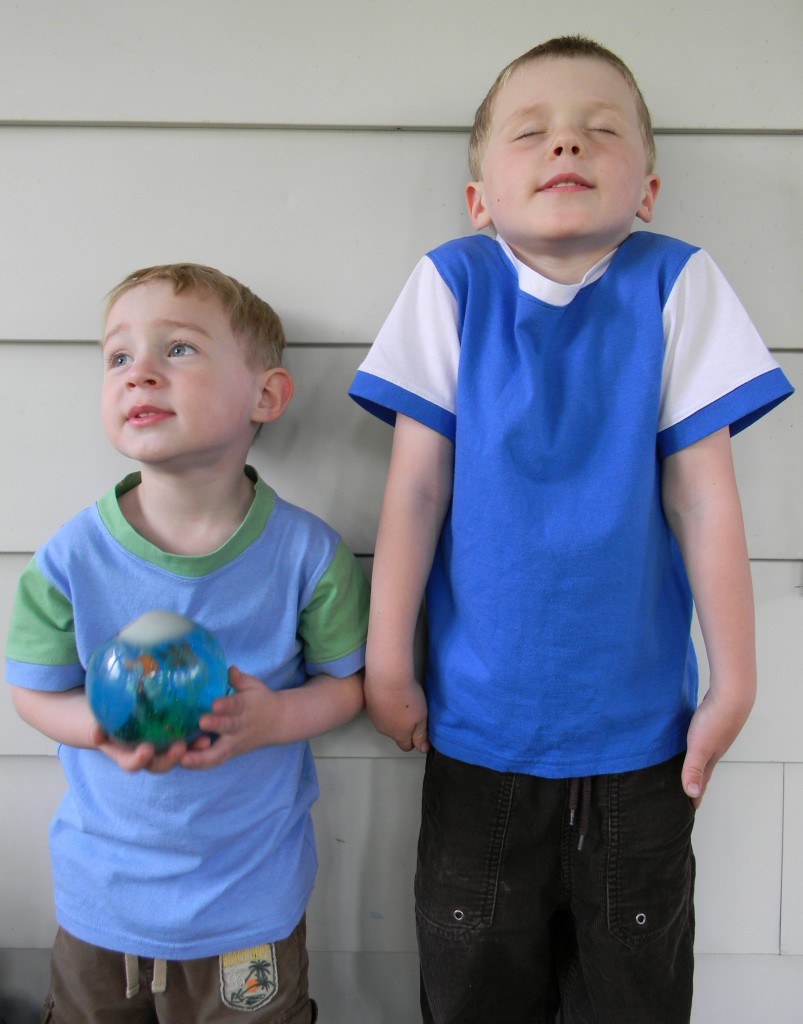 both shirts are made from old t-shirts and I cut the fabric such that I could avoid hemming the bottom hem, which is always the part that I mess up.  by putting a band on the armholes it also meant I didn’t have to hem that.  less hemming=better sewing when it comes to knits for me.  for my pattern, I altered the pattern for a crossover tee in the book growing up sew liberated. this is my first time following this book and I really like it so far…clear instructions, easy to trace patterns, thoughtful patterns and meg has a nice writing style. plus, she spends some serious time discussing working the knit fabrics, which is what I need right now.  the part I didn’t like about these tees is they are a little big and the neckband is pretty big making it look more like a nehru collar. I changed that when I made the second one but little J is going to have to live with it on his. I’m looking forward to the rest of the week because next up are shorts for these two monkeys.  (real quick: it is impossible to get these two to model for me.  harder than sewing stuff for them! I bribed them once with chocolate to get their measurements…how much bribing will I have to do this week?) 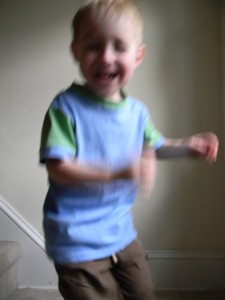 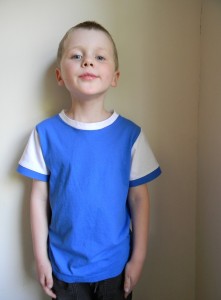