our advent calendar was a raging success. both of our boys love a predictable routine anyway and the morning draw of the day’s advent only added to their joy.  it was really fun to have an activity each day even when it was a simple one.  we did lots of ‘making’ and they loved knowing that an activity was coming in the afternoon, it made everything run smoother.  no lie.  I’m trying to figure out how to keep up something like that during the rest of the year…maybe a really big family calendar of some sort. anyway, her is the run down on some of our favorite activities:

*two kinds of snowflakes…one made of paper (a major success!!) and the other from a way-too-fussy Martha Stewart thing that was mostly a disaster. 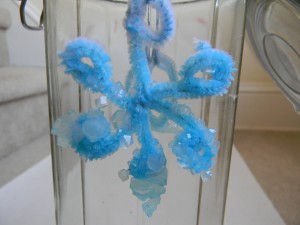 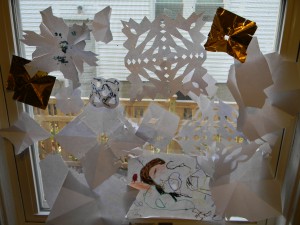 * decorating really big snowmen to hang up on the wall. this activity was actually an on-the-fly response to having an advent activity that read “build a snowman” on one of the many warm weather days we have had in these parts.  (it’s getting really old.  I’m starting to shake my fists and rant “we need snow!” to no one in particular). 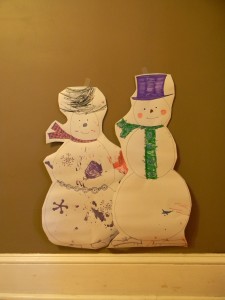 * we built a ‘snow castle’ from white christmas lights  in a cardboard box. i got the idea here, which incidentally is a fantastic site full of great kid-craft ideas.  in fact, I think most of my ideas might have actually originated here. 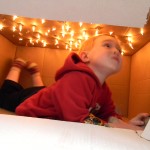 * a door wreath out of a wooden wreath with pom-poms glued onto it. we used clear glue, which is really impressing me these days.  it honestly dries clear.  I got the inspiration for this from here, even though ours is nothing like that, it is what sparked the idea. 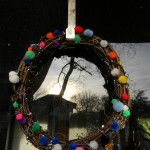 *and shrinky dink ornaments! I am pretty sure that I let out a little squeal when I saw shrinky dinks in an art supply store. and, they are just as much fun as I remember. both boys loved how they shrink and they were able to color on them the way they would like to and still have the final product turn out small like a real ornament.  word! next year might be the ‘year of the shrinky dink filled Christmas tree’.  we will see. 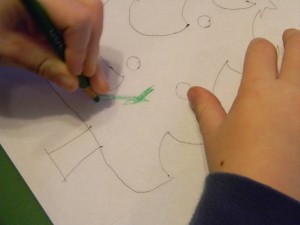 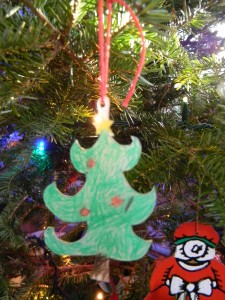 but, this year is nearly done and all remaining energy is now being diverted to the cooking and kitchen fussing…it must be done. so, we are unplugging (mostly), grabbing the cookbooks and the wine.  it’s Christmas time! have a beautiful and relaxing holiday friends!